Your Next "Landlord" Will Speak Chinese 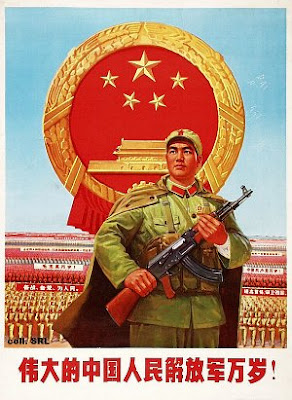 Meet your future landlord: Thanks to the Federal Reserve and our own profligacy, Washington is looking to China to bail out the distressed mortgage industry.


It takes a mind better attuned than mine to the arcane science of high finance to understand why the Dow briefly crested 14,000 today (July 17). The mystery deepens considerably when items such as this are taken into account:

"[Homebuilders] declined after the National Association of Home Builders/Wells Fargo sentiment index fell this month to 24, the lowest since January 1991, from 28 in June. Readings less than 50 mean most respondents view conditions as poor."

For several years, the manic real estate/mortgage/refinancing industry has been the only engine keeping our consumer economy aloft. The Federal Reserve, the Power Elite's official counterfeiters since 1913, has done everything it can to keep the housing and re-fi bubble inflated, as the dollar's increasing decrepitude demonstrates.

The official rationale for the Federal Reserve -- whose officers don't have the cojones to be honest and brazen thieves -- is that they exist to regulate and rationalize the economy by exercising sober, adult authority over the banking system. R-i-i-i-i-i-ight. That's why they spent the last decade or so pumping out money and credit with the giddy enthusiasm of a prankster spiking the Prom punchbowl with Spanish Fly.

This led to years of promiscuous mortgage lending in which financial institutions would open their wallets on very short acquaintance to practically anybody, irrespective of his background or qualifications. As a result, countless people on both ends of such deals got screwed, and the economy is pregnant with awful possibilities. I'd elaborate on some of them, but I think I've overworked this metaphor already.

We can already see the expanding collapse of the "sub-prime" mortgage sector, which in some communities is undermining property values for conscientious homeowners and (odd as this might seem at first) abetting the growth of the police state. Not surprisingly, investors are bailing out of the sub-prime market.

Trying to stem that hemorrhage is a task assigned to Housing and Urban Development (HUD) Secretary Alphonso Jackson (who is nowhere near as cool as virtuoso bassist Alphonso Johnson -- and no, that's not Basil Fawlty on lead guitar, but rather a very young John Scofield).

Where does a US government official go these days in search of investment capital? 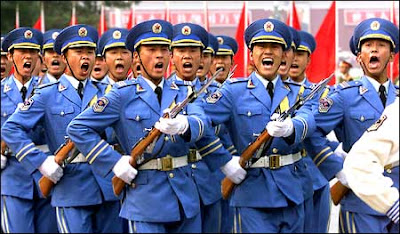 "Hey, honey -- our new neighbors are here to throw a house-warming party!"


His hat in his hand, Secretary Jackson took Mendicant Airlines to Beijing, seeking to persuade China's central bank "to buy more mortgage-backed securities after a surge in defaults by risky borrowers in the world's largest economy eroded demand for such instruments," reported Bloomberg News. Specifically, Jackson sought to sell the Chinese some securities issued by Ginnie Mae, a federally backed mortgage lender operating through HUD.


Ginnie Mae is a better investment than its better-known cousins Freddie Mac and Fannie Mae, Jackson insists, because HUD's mortgage association has the "full backing of the US government."

In other words: When Ginnie's mortgages go bad, Congress covers for them and gets the Fed to print up the "money" to cover the costs; other Government-Sponsored Enterprises (GSEs) such as Freddie and Fannie offer no such guarantees, even though they're widely believed to.

HUD is also seeking to sell mortgage securities to Chinese commercial banks, and Jackson intends to sign a "memorandum of understanding" on this matter with Chinese construction minister Wang Guangtao when he visits Washington in August. 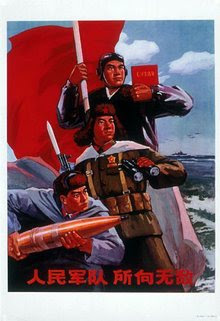 Refinancing a mortgage with the First Bank of Mao is a little ... different. For some reason you have to agree to repaint your house in festive Proletarian red. The mortgage papers come bound in a little Red Book. And you have to sign with this huge ceremonial pen containing an embedded explosive charge.


Amazing as it may seem, as of June 2006, Beijing held over $107.5 billion in US mortgage securities. This is a trifling amount once it's understood that there is something on the order of $11.8 trillion in outstanding mortgages. But the bubble's collapse has just begun -- and Beijing is awash in cash. Although Washington is looking for Beijing's help to bail out its mortgage-granting GSEs, but given the extent to which the economy still depends on that sector, there's no reason to expect that our rulers would want the Chinese to stop there.

Until a "homeowner" pays off his mortgage, he's actually renting his home from the lending institution. I wouldn't be surprised if, several years hence, millions of American "homeowners" discovered that the "landlord" to whom they're making mortgage payments is the Chinese government.

Look, I'm aware that China has changed dramatically since the Cultural Revolution; in fact, according to friends and relatives who spend a considerable amount of time there, it has changed dramatically in just the last decade. While the Chinese government still describes itself as the vessel of "Marxism-Leninism-Maoism-Deng Xiaoping Thought," its commitment to global revolution is considerably weaker than that of the demented ideologues who surround the Dimwit-in-Chief. The Chinese themselves are astonishingly bright and admirably entrepreneurial. The regime, like governments everywhere, is run by some thoroughly nasty people. I would like to think that China is big enough and old enough that it can transcend Communism, but I'm not optimistic. I would love to be proven wrong.

And a personal request...

Please keep Korrin in your prayers. She is not doing well.

Please visit The Right Source and the Liberty Minute archive.

How coincidental. This morning I passed a house, that I love, in a supposedly hot area of the Austin, Texas market. It had a "reduced in price" sign on it. As I passed it, I heard a report on the radio that consumer prices on meat and milk were up (in part because of ethanol).

I had a feeling that the 14000 Dow number was some kind of fluff.

I am praying for you and Korin.

Isn't that something. The "Decider" and company are pushing ethanol and thus our food prices skyrocket all to save pennies at the pump? The Chinese wisely are staying away from that issue and pursuing what they know is in the ground with a fury.

And if house prices in Austin are going down, well, thats another sign of the slow melt-down thats going on nationwide. It usually takes a year or two before the head catches up to what the tail knew all along.

We are keeping Korin, you, and your family in our prayers,

Will -- Most important point first: May God keep Korin in your life. To a point that is of far lesser importance: Our landlords have always been foreigners, based out of London. Perhaps the only difference now is that the race of the owners makes them more obvious.

First, great article. Better you saying it than me.

But it has always been obvious that this is where things were headed. China is sitting on over $1 trillion in bills, and god knows how much in US bonds. Those dollars will soon be worthless. Only the Chinese have an idea of when. It will be when they decide taking the loss in collapsing US is less painful than continuing to buy our ever increasing risk bonds.

So before that occurs, they will spend as much of those reserve dollars as possible. Who wants them...nobody. Who wants to exchange dollars for ah, whatever?

But the one place they can spend them is the good old USA. They have already bought up all the factories and shipped what they wanted overseas. The only thing left is the land. Now, maybe the US government won't honor the rule of law and protect Chinese ownership of private property in the US. But those dollars will be worthless, so better to tale the chance and exchange them now, and hope you can bribe the US government enough to keep your land.

Then they will cease buying bonds, and you will know poverty like your great-grandparents did.

Will Americans care then? Or will you bend over and ask for more?