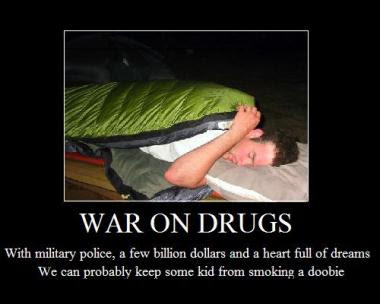 Edmund Burke, from Reflections on the Revolution in France

Ascencion Alvarez-Tejada probably swore in frustration as he pulled up behind a disabled car at the intersection of Highway 97 and Veteran's Way near La Pine, Oregon. And there's no reason to believe that his mood improved a second later when his Ford Focus was gently but firmly rear-ended by a truck with Minnesota license plates.

As Alvarez inspected the damage, a patrol car arrived carrying Deschutes County Sheriff's Deputy Robert Short. After examining the scene for a minute or two, Deputy Short told Alvarez and his passenger, Diana Maria Volerio-Perez, that the driver of the truck was intoxicated. Alvarez was instructed to drive his car over to a parking lot in front of a nearby restaurant. As Alvarez complied, a second policeman, Officer Jeff Pullig, arrived. Pullig ordered Alvarez and Volerio out of the car, and didn't permit them to turn off the motor or to remove the keys.

Alvarez and Volerio were both ordered to show their driver's licenses. Volerio tried to get back into the car to retrieve her purse, but Deputy Short refused to permit this. Both the driver and passenger underwent a pat-down search and were told to sit in the patrol car; they were sitting there when they were informed that someone had stolen the Ford Focus. Deputy Short evicted them from the patrol car and gave chase.

About twenty minutes later, Officer Pullig materialized with Alvarez's cell phone and Volerio's purse, explaining that for some reason the carjacker had thrown them out the window. Volerio was so upset by the news that she became violently ill. A short while later, Deputy Short and Officer Pullig drove Alvarez and Volerio to a nearby motel, where they spent the night.

Meanwhile, Pullig and Short – along with Tom Sullivan, the man who drove the truck that rear-ended Alvarez's car, and carjacker Sean Cummings – were probably at a watering hole nearby toasting their own cleverness. Pullig, Sullivan, and Cummings work for the Drug Enforcement Administration, and together with Deputy Short they had “punk'd” Alvarez, a suspected narcotics courier.

A subsequent search of the Focus turned up a fairly large quantity of cocaine and methamphetamine. For reasons that defy the understanding of honest and rational people, the DEA, in collaboration with the Deschutes County Sheriff's Department, decided to mount an elaborate, multi-bank-shot deception in order to facilitate an “administrative seizure” -- that is, government theft – of the Ford Focus. The play-acting was utterly gratuitous, given that all of it occurred after the suspect and his vehicle were in police custody.

Investigators had discovered the previous August that the Focus had been used to ferry drug shipments on a route from California to Washington State. At any subsequent time they could have obtained a warrant and conduct a routine seizure and search of the vehicle. Why, then, did they carry out this needlessly complex little scheme – sort of an idiot child's version of a “Mission: Impossible” sting – apart from the adolescent thrills it provided to the tax-engorged predators who carried it out?

The law enforcement agencies involved in this little mini-drama, which took place on December 18, 2004, insisted that it was necessary in order to preserve the “confidentiality” of their investigation into a suspected drug ring. I suspect that its real purpose was to backstop the investigation in the event the Ford Focus had been clean. In that event, the “stolen” car could simply have disappeared, or narcotics could have been planted therein.

Asset forfeiture is a routine form of highway robbery in which law enforcement agencies seize forms of personal property – generally cars, but also cash and homes – on the theory that they are “guilty” of involvement in narcotics trafficking. The charade conducted at La Pine – let's call it the La Pine Maneuver – adds a small but significant additional dimension to this corrupt practice: Outright theft through deception.

Thanks to the Ninth Circuit Court, (.pdf) we can expect this variety of officially sanctioned crime to proliferate: On Friday a three-judge panel, in a decision written by the generally sensible Judge Alex Kozinski, overturned a lower court decision and ruled that the DEA-conceived carjacking was not a violation of the Fourth Amendment.

In his concurring opinion, Judge Raymond C. Fisher seemed to display a tremor of equivocal remorse about the inevitable abuses the ruling will unleash: “I do not ... mean to endorse this police action as a model for future creative seizures.”

Why not? If this operation was utterly copasetic from a constitutional point of view, why shouldn't it serve as the template for countless others just like it?

In any case, Ray baby, it's too late: You and your comrades have just green-lit countless similar projects to be carried out by the Feds and their local franchisees, who are in pre-production as we speak: Storylines are being broken, scripts are taking form, and auditions are underway, casting couches are being defiled....

In a way, the La Pine Incident is a microcosm of the drug war: It was an elaborate and pointless ruse funded by taxpayer dollars and staged solely for the benefit of the State-employed protagonists – and their indispensable symbiont partners, the narcotics traffickers. The only material benefit it produced for anyone was a tiny, perhaps immeasurably small, increase in the street value of the drugs that were confiscated from the Ford Focus. This is a tiny but telling illustration of the fact that the War on Drugs should be called the Federal Narcotics Price Support Program.

The mimicry bound to result from this case will be bad enough, but through the miracle called the downward-ratcheting effect things will get much worse very soon.

If you doubt this, here's a reminder of how the process works.

When SWAT teams were introduced in the late 1960s, they were intended to be used only in hostage rescues and similar extraordinary circumstances, and those recruited for such duty were taught that the mission was a failure if innocent people were endangered. Today, SWAT teams are entirely useless in hostage situations, and are promiscuously used to carry out routine police duties. And SWAT operators who kill innocent people enjoy nearly bullet-proof immunity.

We can anticipate that the use of police carjackings and similar deceptions will follow a similar trajectory. 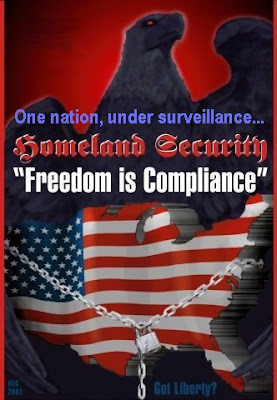 One critical disclosure shaken loose by this case involves the extent to which the dishonestly named USA PATRIOT act has become embedded in our law enforcement system.

It its earlier, and subsequently overturned, ruling (.pdf) suppressing the evidence obtained through the carjacking the US District Court for Eastern Washington chided the DEA agents and Deputy Short for acting as if there were some “exigency” involved in seizing the Ford Focus: “There was ample time to seek approval for a covert search and seizure [of the car] under the Patriot Act.” It was only the “tactics” used in this particular theft that “were not authorized by the USA Patriot Act,” according to the Federal District Court.

As bad as the “Patriot” Act has proven to be, the Ninth Circuit Court has just ruled, in effect, that federal law enforcement agencies and their state/local hangers-on can amend that act in practice as they see fit – even in cases, like the one examined above, that have no colorable connection to terrorism.

Yes, I know: This video is ancient history, as time is measured in the blogosphere, and it has little to do with the subject addressed above. But we should exploit every opportunity to underscore the arrogance and often lethal incompetence of those who wield lethal force on behalf of the State.

In a previous installment, which has now been republished at the indispensable LewRockwell.com, I misidentified Umar Abdullah (a name that's the equivalent of John Smith among Muslims) as the leader of the Jamaat al-Muslimeen (JAM) in Trinidad & Tobago. Mr. Abdullah is the head of another radical Muslim group that may, or may not, overlap with JAM's membership. My apologies for the error.

Be sure to check out The Right Source.

You know, Grigg, perhaps even YOU think more highly of LE in general than I do. For instance, how do we know that the county mounty and/or his DEA collaborators in this "play" didn't plant the drugs to start with?

Yes, you did mention that that likely would have happened if the skit went awry, like if these two people had had an empty vehicle. However, in my view, with the culture we have churning out morally rudderless and constitutionally ignorant cretins, many of which, naturally, hitch themselves to law enforcement, I have serious doubts.

I'm so sick of folk looking upon law enforcement officers at any level as if they wore halos. Nobody looks at the average joe in such manner, but a police(wo)man is "holy" and the "authoritah" (legitimate? Bah, nobody thinks about that) figure, simply because of the badge they carry and/or State-issued costume they're attired in (or not in the case of undercovers), and, of course, their always close-at-hand sidearm.

I'm intolerant of druggies, whether junkies themselves or small time dealers, precisely because of the asinine and blatantly unconstitutional forfeiture laws. They suck in and penalize EVERYBODY in the vicinity of the drugs in question, especially someone in the vicinity with assets. It doesn't matter who actually OWNS them, or who actually USES them, etc. If they were "found" or "planted" in your house, car, boat, you lose.

This is what helps to make mundane folk ever more suspicious of other mundane folk you come in contact with precisely because of the fear of all-inclusive asset forfeiture. Needless to say, that was probably an intended consequence, if not the primary purpose, of those laws.

"For instance, how do we know that the county mounty and/or his DEA collaborators in this "play" didn't plant the drugs to start with?"

I was thinking the same exact thing. Such procedures are certainly an invitation to abuse. The car is taken out of the eyesight of the owner and other law enforcement and the video camera on the cop's car and searched. To find a clean car would be a huge screwup and there would be huge incentive to "make sure" something is found to justify such extreme measures.

Boy, our judges are turning into real wussies.

The car is taken out of the eyesight of the owner and other law enforcement and the video camera on the cop's car and searched. To find a clean car would be a huge screwup and there would be huge incentive to "make sure" something is found to justify such extreme measures.

Yes indeed, but I go further than simply say an "incentive" is a danger. After all, what significant and relevant moral difference is there between a "before the fact" plant and an "after the fact" plant? Not a damn thing, especially since they're pulling these elaborate deceptive ruses in the first place to nab folk. It means the coppers already are thuggish minded.

Ergo, why wait for a "mistake" in this complex act to lie and set the folk up, as Grigg's speculation that they would likely have planted the stash "after the fact" clearly indicates they would anyway?

To hell with the IF it goes bad component, just plant it and CYA from the start.

Grigg, ya gotta think like a thug from the getgo to comprehend a given thug's probable action in a given scenario.

I thought Will's implication was that they did plant those drugs.