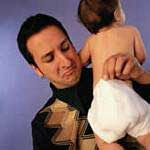 There are occasions when Washington reminds me of a overstuffed diaper that has grown dangerously pendulous because of parental inattention. At any second – in response to any random gyration of the blissfully oblivious toddler wearing it – the nappy may over-stress its fasteners, releasing to public inspection the malodorous mass contained therein.

As I said, there are times that this image offers a suitable metaphor for our ruling elite.

Deborah Palfrey, the 50-year-old former proprietor of the Pamela Martin & Associates Escort Service in the Imperial Capital, has been arraigned on various prostitution, racketeering, and money laundering charges. This seems like a churlish thing to do to someone who has serviced the carnal needs of the political Establishment for 13 years. One would think that the whores laboring in the public sector would display a hint of professional courtesy toward their colleagues in the private sector, but such isn't the case.

Seeking to raise money for her legal defense (a difficult thing to do given that the feds have attached her assets – sorry, this story is a minefield of double entendres – for forfeiture), Ms. Palfrey floated the idea of selling the telephone records and other details that would reveal the identities of her former customers.

Palfrey's suggestion was characterized by federal prosecutors – a group not generally noted for deference to the rights and reputations of those incriminated in prostitution cases – as something that “could be considered veiled threats to cause embarrassment to former customers and employees.” So the prosecution in Palfrey's case filed a motion seeking a “protective order” that would suppress public disclosure of that information and permit its use only in preparing her defense.

It was a little less than a decade ago that Bill Clinton, facing impeachment over only the most trivial of his manifold crimes against the Constitution and public decency, used White House spokes-nebbish George Stephanopolous to warn that he might deploy the “Ellen Romecsch Strategy” if the threat to remove him from office became acute.

That phrase refers to an East German spy with whom John F. Kennedy had an concealed extramarital affair, and it connoted a clear threat to render transparent all of the opaque glass houses in which Washington's preening poseurs reside. The Clinton junta's illicit possession of confidential FBI files made this threat plausible.


Deniable disclosures soon appeared in the press about the sexual transgressions of conservative Republicans – such as Reps. Henry Hyde, Don Burton, and Helen Chenoweth. House Speaker Newt Gingrich, compromised by his own concupiscence, resigned after the 1998 mid-term election, as did his immediate successor, Louisiana Representative Bob Livingston, shortly after being appointed Speaker.

(Please forgive a brief digression. The late Rep. Chenoweth, a lovely and principled woman whom I was honored to call a friend, explained to me that the affair had taken place decades ago, when she was unmarried, and before her Christian conversion. We had that conversation while I was soliciting her help to deal with a vindictive IRS enforcement action against me that she said was unambiguously a form of retaliation for my involvement in a national campaign to impeach Clinton.)

All of this offered critical hints regarding the extent to which the Republican leadership and rank and file were morally compromised. And this represents only those caught in acts of conventional adultery.

What are we to make of the more repulsive possibilities suggested by the examples of high-profile Republican rent-boys James Gannon and Matt Sanchez? 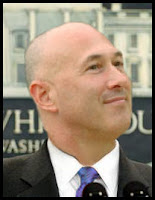 “Jeff Gannon” (nee James Guckert) is the homosexual prostitute who posed as a White House reporter for a GOP-aligned outlet called the Talon News Service; in that capacity his job was to tee up softball “questions” for Scott McClellan, thereby acting as a lifeline when the administration spokesliar was under assault by actual reporters.

In addition to being an oft-touted source for the likes of Rush Limbaugh and Sean Hannity, Gannon appears to have enjoyed extraordinary White House access before he received credentials as a “reporter.” 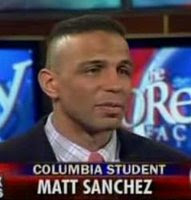 Sanchez (given his previous occupation, his surname represents another potential land mine) is currently a 36-year-old Marine Corps Reservist and a non-traditional student at Columbia University. His self-marketing as a stalwart Reaganite Republican besieged by heartless “anti-war zealots” paid off with television appearances on various Fox “News” programs, and during the most recent version of the annual Nuremberg Rally called CPAC he was given the purportedly prestigious Jeanne Kirkpatrick Academic Freedom Award. He also received the honor – if that's the correct term – of posing for a photo with Ann Coulter, the right-wing pundette I've taken to calling the Missing Winter Brother. 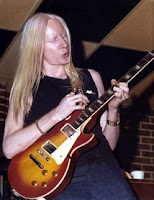 
Oddly enough, one would think that Sanchez would be ostracized by the Legion of Decency that is the Beltway Conservative Movement. But the disclosures about his past appear to have made him a more sympathetic figure on the Right -- or even lent him a certain cachet.

What does it say about the conservative movement that figures like Gannon can embed themselves in it so easily (did I just hear another mine going off)?

Once it's understood that the conservative movement is simply a support mechanism for the Republican Party, it becomes easier to put this whole matter in perspective.

The two “mainstream” parties are entirely interchangeable, both in form and function – two cheeks of the same diaper-enshrouded derriere, happily wallowing in the feculence that is their natural habitat.

Be sure to check out Pro Libertate - the e-zine, which is available through The Right Source website.

William, dude, you rock. You should cut loose and have fun like this more often. This is something on the order of Driftglass. In fact, I'm thinking of linking to this in tonight's post.

Will, when will all of this political corruption cease? I'm so sick and tired of both parties and their incessant debauchery! I gotta get away from it all! This time around, maybe I'll take my two week vacation in upstate New York to clear my mind; however, I'll probably avoid Viagara Falls since their waiters, I hear, are known to serve stiff cocktails to an unsuspecting clientele.

Interesting blog. You make some excellent points... the inside poop on Chenoweth's affair being exposed is far less sinister than a Clinton defense leak. Ask the news reporters in place at the time. Helen spouted off about Clinton's immorality and that rather irritated Vern Ravenscroft's wife, who started dialing the newsrooms. Ravenscroft was the paramour in question.