Iraqi "Justice" : The Shape of Things To Come 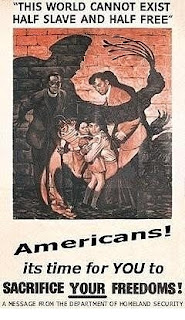 Among the nastiest methods of social control employed by Communist regime was the old “ballot box next to the ration cards” trick. Voters in Soviet-dominated Poland, or in Castro's Cuba, were perfectly free to cast their vote as they saw fit, but the proximity of the ration cards helped focus their minds on the need to vote “correctly.”

Laith al-Ani, an Iraqi citizen who was fled his “liberated” homeland for Syria, witnessed a variation on that tactic as he was being prepared for release after more than two years in detention, without charges.

Last January 6, Ani was processed out of a jail near the Baghdad airport. He was given street clothes and had his irises scanned into a biometric database. Then “he was handed a form and asked to place a check mark next to the sentence that best described how he had been treated,” reported the New York Times.

“I didn't go through any abuse during detention,” read one option, in Arabic.

“I have gone through abuse during detention,” read the other. 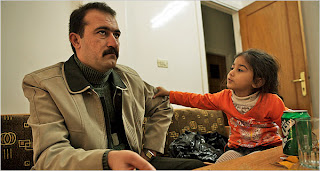 In the room “stood three American guards carrying the type of electric stun devices that Mr. Ani and other detainees said had been used on them for infractions as minor as speaking out of turn,” continued the Times. On one occasion, Ani – as punishment for a perceived violation of some trivial rule – was seized by two guards while a third applied the stun device to his tongue.

“Even the translator told me to sign the first answer,” Ani recounted. “I asked him what happens if I sign the second one, and he raised his hands” as if to say “Who knows?”

“I thought if I don't sign the first one I am not going to get out of this place.”

Not surprisingly, many of those who have been through the system Ani describes have fled Iraq, but intend to return to join the guerrilla campaign against the U.S. Occupation. “The United States through its actions made people hate the Americans much more than before,” observed Ani, who doesn't express any interest in becoming a Jihadi.

The Regime has “disputed” Ani's account, without – of course -- “responding to the specifics” of his case, insisting that “the facts of our detention system belie the themes of this article.” The Bu'ushist spokesdrone dismissed Ani's story as “anecdotal.” But Ani's uncontested account – by refusing to challenge it, the Regime has stipulated to it – was buttressed by a key document he showed the Times: a copy of the form he was handed while being out-processed from detention.

The Bush Regime, not content to inflict a Soviet-style “justice” system on Iraqis, was recently rebuffed in its effort to extradite an American citizen to go on trial in Iraq.

On February 9, a three-judge panel from the U.S. Court of Appeals for the District of Columbia ruled unanimously against the Regime's claim that U.S. Citizen Shawqi Omar, a veteran of the Minnesota National Guard, “has a right to argue for his release before a U.S. Court,” reported the A.P. The same court, by a 2-1 vote, barred the military from binding Omar (who has been detained in US military custody in Iraq) over for trial in an Iraqi court.

“Trials” in the Iraqi court system, even for capital offenses, often consist of a fifteen minute interrogation by a judge followed by a desultory plea for mercy from an inept public defender. Defendants are afforded none of the due process guarantees to which US citizens are entitled. It;'s tempting to think that the Iraqi court system is very close kindred to the system the Busheviks would impose here at home, were they permitted to.

Omar, a dual citizen of the US and Jordan, was detained by the military in 2004 as a suspected insurgent. Displaying the perverse ingenuity for which it has become notorious, the Bush Regime insisted that “Omar's detention could not be subject to judicial review because U.S. forces were holding him under the international authority provided by United Nations Security Council resolutions authorizing their presence,” in the words of a UPI account.

Omar is not the only US citizen facing the prospect of Iraqi “justice.” Mohammad Munaf, a native Iraqi who became a naturalized American citizen in 2000, “ was arrested and charged with taking part in a terrorist plot to kidnap a group of Romanian journalists,” reports the Washington Post. “He was convicted in an Iraqi court and sentenced to death, but before the sentence could be carried out, a U.S. court in October prevented the U.S. military from transferring Munaf to Iraqi custody.” Munaf's case has been scheduled for a hearing before a federal court.

As I've said before, one case of this sort could be an anomaly, two a coincidence, but three or more represent a trend. To the cases of Omar and Munaf must be added that of Donald Vance, a Navy veteran from Chicago who was detained and abused by U.S. military and security personnel in Iraq last April.

Vance went to Iraq in 2004 to work as a security contractor. He started with a Washington-based company, then joined a small Baghdad-based security company assigned to protect reconstruction workers. Alarmed over the company's corruption and ties to radical militias, Vance contacted the FBI and began feeding it information about what he found. In April, however, Vance and an associate were seized by the military. He was identified as a “threat” because of his association with the very people he was trying to expose.

Vance was released after several weeks in an Iraqi dungeon, where he was subject to relentless and abusive interrogation (although, thankfully, not of the Abu Ghraib variety).

And like Laith al-Ani, Donald Vance – a US citizen and honorably discharged veteran of the US Navy – was given an unambiguous hint that he should keep quiet about his treatment.

“They asked me if I was intending to write a book, would I talk to the press, would I be thinking of getting an attorney. I took it as, `Shut up, don't talk about this place,' and I kept saying, `No sir, I want to go home.'”

To his credit, on his arrival back in Chicago Vance immediately contacted an attorney and filed a lawsuit against former Commissar for Invading and Occupying Small Countries Donald Rumsfeld.

Will, is there any way you can obtain a podcast of your dialogue on the "Mark Dankof's America" radio show from yesterday (it's right now Tues. 1:08 am EST where I am)?

I checked the RBN archives and they've only archived up through January 26th of this year for the show.

I tried the other day to comment here but it appears that Blogger had "burped" and wouldn't let me.

Lets just say that the article, once again, shows that the unthinkable can happen, and even we in the "land of the free" could be whisked away.