Opening the Gates of the Gulag (Pt. I) 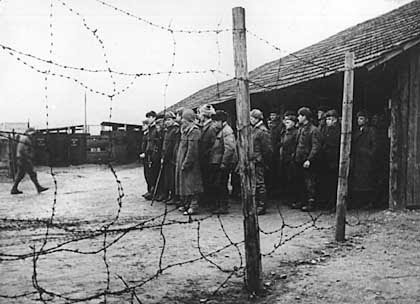 Displaying candor and alacrity that might be admirable in other circumstances, the Bush regime has made clear the purpose and impact of the Military Commissions Act,(.pdf) or MCA (better described as the “Reversal of Freedom Act of 2006").

Two days ago (Monday, November 13), the “Justice” Department filed a motion(.pdf) to dismiss a habeas corpus action made on behalf of Ali Saleh Kahlah al-Marri, a Qatari national who was designated an “unlawful enemy combatant” by George Bush in June 2003, and confined to a Naval Brig in South Carolina.

As Jacob Hornberger of the Future of Freedom Foundation points out, the designation of al-Marri as an "unlawful enemy combatant" took place after he had been indicted for terrorism-related charges in federal courts in both New York and Illinois. Absent the president's intervention in this case, al-Marri's trial would likely be over, and his guilt or innocence established beyond a reasonable doubt.

Rather than permitting the criminal justice system to function, the regime simply removed al-Marri from it, as it had Jose Padilla – a US citizen (albeit a rather disreputable one) also designated an “unlawful enemy combatant” and imprisoned in the same brig. Although publicly described as an al-Qaeda recruit involved in a plot to detonate a “dirty bomb,” Padilla was an unexceptional gang-banger whom the regime was trying to recruit as an informant (and, probably, an agent provocateur). The means of “persuasion” used, according to a recent legal filing,(.pdf) was prolonged torture, including the use of psychoactive drugs.

It is clear that the Bush regime wanted to use the Padilla case to establish a precedent under which the president can designate anyone – citizen or foreign national – an “unlawful enemy combatant” and thus subject to imprisonment at presidential whim. The administration insisted that it was simply too big a security risk to grant Padilla access to our court system, and that pretense was maintained until it became clear that the matter was heading to a Supreme Court challenge it couldn't win. Suddenly, Padilla was released from military custody by presidential decree and indicted on criminal charges that had nothing to do with a dirty bomb plot.

Al-Marri's case is nearly identical to that of Padilla, save for the fact that he is a foreign national – and his is the case being used to validate the MCA's suspension of habeas corpus. It's also worth underscoring the fact that the regime's motion to dismiss al-Marri's habeas motion makes it clear that once an individual is designated an “unlawful enemy combatant,” he is given the burden of proving his innocence – without, of course, the means to produce the necessary evidence:

“On June 23, 2003, the President of the United States determined that, based on all the information available to him at that time from all sources, al-Marri `is, and at the time he entered the United States in September 2001 was, an enemy combatant.'... [A]l-Marri has failed to produce any evidence to rebut the government's showing.”

The “evidence” adduced by the Great and Glorious Decider is classified, of course. It's hardly surprising that al-Marri couldn't rebut “evidence” he's not permitted to inspect.

Al-Marri may very well be a dangerous individual guilty of conspiring with others to commit mass murder, but since Bush and his cohorts contrived to remove the issue from the court system, we'll probably never know. All we know for sure is that George W. Bush, an admitted and promiscuous liar, claims that he knows al-Marri is a terrorist conspirator, and on that basis the Qatari-born prisoner remains confined in military custody.

One particularly critical element of the al-Marri case is that he – like Padilla – was arrested within the United States, rather than captured on a distant battlefield.

Critics of the Bush regime's detention policy have made the sound and sensible point that the same powers invoked to detain al-Marri indefinitely would permit “the government to detain any foreign national declared to be an enemy combatant,” notes the Washington Post.

“In the past,” continues the Post, “foreign nationals arrested in the United States have generally had the right to challenge their imprisonment for immigration violations or other alleged crimes.”

“It's been the case since the nation's founding that immigrants have a constitutional right to test their detention in a court,” pointed out Jonathan Hafez of the New York University School of Law. “What it means is that any of the millions of immigrants in the United States could be arrested, taken from their homes and thrown in a military jail and denied their right to go to court.”

Rather than demonstrating the value of the MCA, the al-Marri case shows how unnecessary that measure is, and how far the regime will go to invent a “problem” worthy of the pre-ordained “solution”: Suspending habeas corpus for foreign nationals accused of terrorism-related offenses. And thanks to the Padilla case, we have tangible proof of the regime's intention to employ the same powers against US citizens, to the extent it can get away with doing so.

I've remarked at great length about the epochal significance of the MCA, which destroys the foundational due process guarantee. Dispose of the habeas corpus guarantee, and the government can imprison anyone of its choosing for any reason it deems worthy, for as long as it sees fit. In a very real sense, those from whom that guarantee has been stripped become un-persons, since they have no rights that the government is required to recognize or respect.

Abolition of habeas corpus is tantamount to opening the door to the gulag.

No – that isn't quite correct: Doing away with the “Great Writ” is an act that literally creates a legal framework for consigning people to death camps. 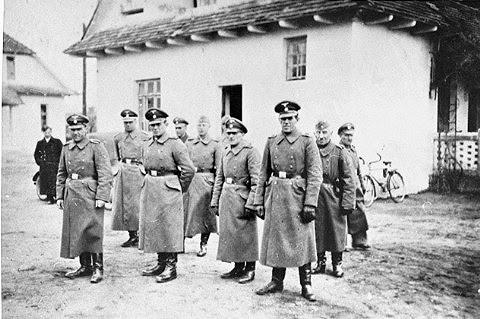 This has happened – not in Germany, Russia, or Cambodia, but here in the United States.

It's amazing to me that the passage of the MCA recently, which has the propensity to be even more vastly draconian than the Patriot Act, is apparently, unlike the Patriot Act, virtually unknown to the commoners, thus no outrage, only loud silence, heard from any quarter. It's not like this information is censored and unavailable to them.

Actually it's NOT amazing...sigh...because the sheeple that solely follow the mainstream shepherd's commands won't know. As Kinison would say in a different context of course, "Go where the damn food is!!"...but anyway.

That said, get ready Will because I predict that the next regime, lead by the Lizard Queen, will make this one seem tame by comparison. The Lizard Queen is quite likely to be more mature and is obviously well-greased in perfidy and graft well beyond what Gecko Jr. has managed thus far. Nevertheless, the executive Gecko Jr. and his legislative chameleon buddies, working in the footsteps of the Lizard King who in his eight year reign broke ground, have indeed managed to lay a stable totalitarian foundation. Now, or certainly by 2008, the path will lay clear for the Lizard Queen and her cabal of minions to finally consummate it all within the executive forthwith or soon thereafter.

Time will tell I reckon.

W.J. Clinton, as the Lizard King...now why do y'all want to be dissin' Jim Morrison like that...seriously though, I don't think Hilary has a snow-ball's chance in Hades of getting elected. In general, I've got nothing against the concept of a female executive, but too many people in this country are suspicious of her, her motives and in some cases her gender. There are folks that would not vote for her on account of who her husband was/is.

No, I think 2008 is going to be designated by the Dems as a preparatory period for Hilary to run in 2012 (which incidentally is the year identified in the Aztec calendar as the end of the world...go figure the pre-Columbian mesoamericans knew something that we haven't figured out yet). Speaking of preparatory, if she does get in, we will collectively need a really big tube of Preparation H.

I think the reson that the MCA is so unknown, in spite of it being right out there, is that is has purposefully been buried in a sea of news and events. I have a feeling that at some point, Habeus Corpus will get suspended for the wrong person and that certain more reasonable elements in the media will cry to high heaven. Once the masses have been properly informed and inflamed, I am hoping that the MCA will go away (hey, I can dream right?). BTW, does anyone know if the MCA has a sunset clause built into it?

W.J. Clinton, as the Lizard King...now why do y'all want to be dissin' Jim Morrison like that...

You know I wasn't aware of that until you mentioned it. I had to look it up..hehe. I guess you can tell I'm not a Doors fan ;). I knew of him, of course, but not much about him. Still, why split hairs as I think Mr. Morrison, if he still walked the earth, and the Lizard Queen would today be quaint bedfellows to be honest. Who knows?

seriously though, I don't think Hilary has a snow-ball's chance in Hades of getting elected. In general, I've got nothing against the concept of a female executive, but too many people in this country are suspicious of her, her motives and in some cases her gender. There are folks that would not vote for her on account of who her husband was/is.

I hope you're correct, but if she plays her message just right, she'll grab a chunk of the electorate. Besides, the mind-numbing continues unabated upon the young adults and there may be enough to tip the scales. Either way, does it really matter whether the Lizard Queen is elected or a King Snake (Giuliani*)?

Nah, the electorate have been mind-molded into confining their choice merely between one species or another within the Reptilia class. Only a matter of degree, really.

* Of course, I'm merely guessing here of a possible Giuliani Republicrat nomination; it wouldn't be a shock in any event.

CK, you asked about whether a sunset provision was present within the MCA?

The Act changes pre-existing law to explicitly disallow the invocation of the Geneva Conventions when executing the writ of habeas corpus or in other civil actions [Act sec. 5(a)]. This provision applies to all cases pending at the time the Act is enacted, as well as to all such future cases.

That's Wikipedia's summary, of course, as Section 5(a) actually states the following:

Interesting that this section mentions myriad "sources of rights," that are proscribed of course to the accused, instead of pre-existing rights given by the Creator.

Anyway, not to dwell on an irrelevant aspect to the question you asked, I couldn't find any provision within the Act that requires a reauthorization after a set timeframe. Ergo, my guess would be that the Act is perpetually in effect and actionable by Der Führer unless and until Congress ever decides to rescind it.

As an outspoken opponent of the Military Commissions Act, Sen. Dodd has introduced the Effective Terrorists Prosecution Act, which is expected to accomplish: