To "Protect" and Sue 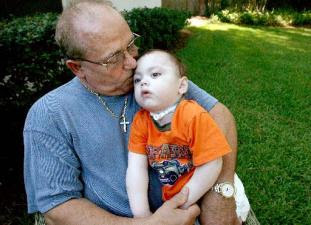 The littlest "Roman Gladiator": That's how Richard Cosmillo describes his 22-month-old grandson Joey, who was left a complete invalid from a terrible drowning incident at the family pool.

You won't believe what one of the police officers who responded to the 911 call did to exacerbate the Cosmillo family's agony.


A well-established, and just as little-known, legal principle holds that police are not criminally or civilly liable when they fail to protect individual citizens from criminal violence.

The 1981 decision Warren v. District of Columbia, for example, held that it is a “fundamental principle of American law that a government and its agents are under no general duty to provide public services, such as police protection, to any individual citizen.”

As Washington Times columnist Kenneth Smith summarized, the case above dealt with “two women who heard their roommate being assaulted downstairs [and] called the police for help. The police came but left without entering the building. Again the women called, and this time the police didn't bother to dispatch anyone to the scene at all. The attackers, however, heard the women upstairs and assaulted them too ... for 14 hours.”

The “fundamental principle of American law” alluded to in the Warren decision must exist in some uber-secret codicil to the Declaration of Independence -- a document that makes it pretty clear that the only justification for the existence of government is precisely to provide specific protection for the rights of individual citizens.

Jefferson's document, at least the version on public display, pointedly warns that it is the duty of free people to “alter or abolish” any government that doesn't carry out that responsibility. Under the Warren principle (as I'll call it for the sake of convenience), police aren't required to protect the public from criminal violence, which must mean that their actual function is to control the public on behalf of our rulers. This reality is becoming obvious even to the criminally obtuse.

Those inclined to defend the police at all times and in all circumstances might object:

“It is hypocritical for police critics to condemn them for being overzealous in some cases, and then lambaste them for failing to intervene when people are in trouble!”

That criticism isn't hypocritical at all, of course, since the admittedly difficult job for which police officers enlisted is to intervene only when necessary to protect lives and property, while using only that amount of force appropriate to that mission. Yes, that's a difficult role, and an occasionally dangerous one (albeit nowhere near as dangerous as most people assume).

Furthermore, an astonishing story out of Florida illustrates that the last thing you should do if you're in trouble is to dial 911 for police assistance.

Nothing is as bad as losing a child, particularly a very young infant. Perhaps the only thing worse than losing an infant to death would be for a child to be permanently disabled in a way that deprives him of the life he should have. That's the case with twenty-two-month-old Joey Cosmillo, the youngest resident of a nursing home in Casselberry, Florida. 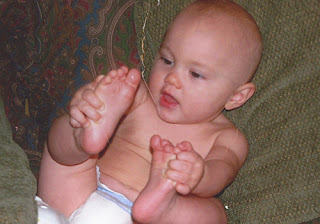 Paramedics were able to restore his breathing, but Joey suffered irreversible brain damage. Absent a miracle (please pray, as I will, that God will grant one), Joey will never walk or speak. He needs mechanical assistance to breathe. His grandfather Richard, who tattooed the infant's name on his chest shortly after the accident, nurses him daily with the attentive devotion of a saint. 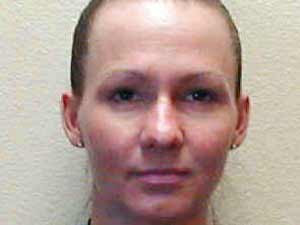 On the first of this month, another dish was added to the buffet of misery Joey's mother and grandparents have been fed: A revolting creature by the name of Sgt. Andrea Eichhorn, a she-police who was among those who responded to the family's 9-11 call, sued the family for negligence. This paladin of the public weal, as graceful as she is gallant, slipped on a puddle of water left in Joey's wake as his anguished grandfather retrieved his tiny, cold, breathless form from the swimming pool.

Miss Eichhorn suffered a knee injury. As a tax-feeder (that's the honest translation of the familiar oxymoron “government worker”) she suffered no financial hardship; her treatments were covered by the city's insurance carrier, and she was placed on paid medical leave. But her inner Shylock wouldn't be sated until she had extracted a pound of flesh from a family who had suffered a flesh-and-blood loss from which they will never recover.

The only good thing to emerge from this hideous episode is welcome evidence that the public still has a moral gag reflex: After initially standing behind their “officer,” the Casselberry Police Department took one conspicuous step away from her, insisting that it had “never supported” her lawsuit” and that Andrea Eichhorn is not “reflective” of the “hardworking” and “professional” officers in the department.

Eichhorn's official file was “unblemished” when the department first offered it for press review. As public outrage grew, the department coughed, shuffled its feet, and – with grudging, anguished reluctance – released additional records. Then they announced that Eichhorn had been placed "on leave." This wasn't the first time this "unblemished" officer had been disciplined for corruption.

The second batch of personnel records revealed that in 1998, Eichhorn was disciplined for using “a false name four times while working an off-duty job, something the Police Department concluded may have been a tax dodge designed to hide income,” reported the Orlando Sentinel. “She was docked a week's pay, took a $40 pay cut and was banned from off-duty jobs for six months.”

Don't misunderstand me; I'm not scandalized by the fact that Miss Eichhorn tried to avoid paying taxes. I am scandalized that she did this while employed in a job in which she was already a tax consumer – and that this germane element of her history was initially concealed by the department that employed her. (It would also be useful to know what her “off-duty” job was.) 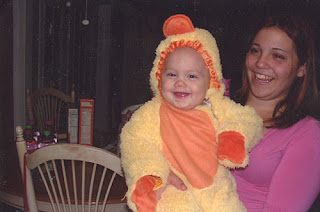 Joey and his mother Angela, roughly a year ago.

Eichhorn's behavior in this affair is exactly what one would expect of a state employee: She found people who had suffered a catastrophic loss, and made their tragedy considerably worse through her intervention.

(In our next installment: What about those times you have to dial 911 to ask for protection ... from the police?)

(Thanks to Wendy McElroy.)

I need practical strategic advice about how to disband police departments, and move to an all-volunteer civilian response network.

I would guess she was using her tax money bought uniform and weapon to work security some where. It is pretty common practice for the local thugs to get hired as "security" on their off days. With the power to arrest even when they are not on duty (supposedly a crime deterrent) they can bully bar patrons, race track bettors, even retail shoppers. Oh what fun!

Another possibility is that she was moonlighting as a security guard or "escort" at an abortuary.

I live in the town where this exemplary officer serves. Unbelievable!

Linked on my own blog. Please note, because of my low-tech static page format there, you'll have to search for the entry by today's date.

While in no way do I mean to defend or excuse the behavior of the she-pig currently suing the Cosmillo family, I cannot help but ask an obvious question that no one seems to have yet put forth: Where were little Joey's mother, grandparents, or caretaker at the point when he wandered off and fell into the pool? Why was no one watching him? And, at the risk of sounding callous, what on earth is wrong with people who own swimming pools, have little children in the house, and do not observe said children at all times (or do something to keep the pool off limits)? Are they not equally culpable here?

My recollection is that the pool wasn't in use at the time. I think Joey snuck out of the house and fell into the pool when no adults were nearby.

I don't know the details of the tragedy, but I will say this: It only takes an instant for a toddler to get into potentially fatal trouble. A moment's distraction is all that's necessary, even when the family isn't near a pool (or a busy street, for that matter). Being the parent of a toddler requires not only hypervigilance, but a measure of grace as well.

When I was just a little older than Joey, I snuck out of our house, crawled into our station wagon, and released the parking brake; it rolled down our steep driveway and then collided with a car parked in the cul-de-sac.

Any one of a dozen things could have happened to make this a fatality; for instance, one of my younger brothers could have been playing behind the station wagon.

Until some relevant details emerge that persuade me otherwise, I'm assuming that Joey's mom and grandparents weren't neglectful, merely human: They were briefly distracted, and a horrible tragedy ensued. This kind of thing happens literally every day, which is one of the sadder realities of the human condition.

Most of these extra-duty security jobs are just part of the perk machine for LE. In many cases the local municipalities dictate that operators of events provide 'security' in the first place. I'm not suggesting that it's not to the advantage of a business to provide security, just pointing out it's somewhat of a circular arrangement.

Any relation to Ira Eichorn aka THE UNICORN?

What a lititgious society, it wasn't always like this, now its got more rules and twists than the Old Testament laws.

In my first draft I made a comment about the fact that Ms. Eichhorn shares a surname (albeit a variant) with the notorious Unicorn Killer.

William, I've been following your blog for a few months. I think you're performing an extremely valuable service but I have to admit that reading this blog is a miserable experience. You are making me paranoid and full of extreme helplessness and anger.

I have to agree. I'm extremely paranoid of the police now and hoping I don't slip up in the presence of a police officer and get myself arrested.

Good grief..!!! Does it ever end? First, our "public servants" leech off of us for their sustenance and then they karate chop you for anything that might happen to them in the course of performing their "duties". It's the theater of the absurd writ large.