What This Is All About 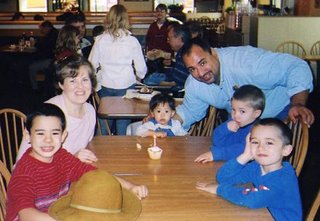 For those who have found their way here, greetings! This forum will serve as a revival or continuation of "Will Grigg's Birch Blog," which has met an untimely and unwarranted demise.

Consigned to an inauspicious and inaccessible corner of the web, the Birch Blog has been condemned to a slow death through suffocation.

News of its passing will be greeted with the rending of garments and howls of anguished disbelief ... or not. I know that there will be at least a few of you, who -- brows furrowed in puzzlement and eyes brimming with unshed tears -- will ask, "Why did this happen?" I honestly can't answer that question, which isn't the same as saying I can't answer that question honestly. If and when I learn the answer to that question, I will share it with you immediately. Suffice it for now to say: The ways of the public relations priesthood are dark and inscrutable, and very rarely pleasant.

The name of this forum -- Pro Libertate -- is also the motto inscribed on the Wallace family crest. Yes, as in William Wallace, whose namesake is my oldest son, seen in the lower left-hand corner of the family photo (six years old at the time). Next to him is the radiantly lovely Korrin, aka the Sun Around Whom I Revolve. Seated in the place of honor on her first birthday is Katrina Antigone. Curled within the shelter of his father's left arm is Jefferson Leonidas, not quite three years old at the time of this celebration. Next to him is Isaiah Athanasius, four years old and precociously camera-conscious. Not pictured above is our youngest, Sophia Faith, born almost exactly one year later (January 25, 2005).

It is my intention to use this forum for the unexpurgated defense of individual liberty under God's law, and unstinting opposition to everyone and everything that threatens it. I will also, from time to time, dilate upon other subjects of interest, such as music, literature, physical culture, and -- particularly -- religion. As I have said before, I reserve to myself the right to become more intelligent on any subject, and recognize that I have literally everything to learn. Which is why I not only invite feedback, I demand it. This alone represents a dramatic change in format from the Birch Blog, a forum in which no reader feedback was allowed.

The blogosphere is supposed to be interactive: I tell you what I think, and you do likewise. As the Lord said through Isaiah: Come, let us reason together.
at 11:12 PM

Thank you for getting the Blog up and running...your regular commentary was being sorely missed.

Great to hear of your new blog. We wish you well.

Welcome back to 'the brave heart' of the bloggosphere...is that a real word?

When I became innvolved in the liberty fight as a young man due to the influence of my mom and dad, I did so out of a motivation to help save the Republic for all of my fellow American's.

No more. The vast majority of them neither desire nor deserve liberty. I am fighting for the future of my children and two young grandchildren now...as well as all the other as yet innocent young people and those yet to be born.
Is this un-Christian of me?

Will,
Glad you are continuing the fight. Initially I couldn't find the JBS blog anymore, then it appeared in the upper corner as a link but had not been updated in a while. I just thought you were at Summer Camp. Now we know the rest of the story.
Look forward to visiting your site often.

glad to see that you got your blog up. when bureaucracy gets you down....go solo!

Hey Will, I'm with charles above, I'm glad you've now bought a blogtrailer in the Blogspot trailer park 8). Indeed, your commentary was sorely missed.

And having comments enabled is nice as opposed to having zero public, as opposed to private e-mail, reader feedback on the Birchblog. It's always good, IMO, to have instant public feedback.

I hope you and your family are doin' well. Very cute Kinder you gots there ;).

Sorry to see you got squeezed out of you Birch Blog. Very glad to see you still spreading your knowledge and love of freedom to other patriots with your own new and improved blog! Keep up the great and inspiring work. God Speed.

Hi Will,
Glad to see you got your blog up & running. I'll let all my friends know!

We definitely have a very bad situation in this country that will only get worse.

Please read my story of being tageted by criminal law enforcement in violation of the 1st amendment on August 5, 2006:

3rd article from top at

Please read this above link's other posts.

Washington DC was to have a new beautiful mall to the
SOUTH of the US Capitol building, as planned by US
NCPC through the 1990s (See "Extending the Legacy")
up until September 2001.

The only architecturally significant structure in the
way is the St Vincent de Paul Church at the northeast
corner of South Capital and M Streets; it was
constructed in 1903, and has a not very common style
of architecture topped by a trio a crosses, with the
outer two atop their respective towers.

Apparantly, a strong opposition to this structure's
demolition or relocation by the RCC brought the U.S.
Government to cave in and cancel the South Capitol
Mall, with this NOT being reported by the "mainstream"
media and "environmentalist" groups.

Note that my ambush by police occurred within 14 days
after the first of these three posts, and that my blog
was written in opposition to that monstrosity of a
misplaced base ball stadium that effectively extends
this church structure's building line southward, and
with a building going up right behind it blocking its
easiest shortest needed relocation by the man selected
to purchase that stadium's MLB franchise.

Note my remarks about an unnamed figure who retires or
is incurably ill in 2008/2009. In my Free Speech
Beneath US Homeland Security blog October 2006
archive, I speculate about President Bush getting to
throw that stadium's 1st ball, as he won't be
President in April 2009.

But I light of my recent experiences, I have come to
do greater research upon the RCC, and have since
discovered Rulers of Evil, and have
since learned much.

Including the fact that the current Superior General
of the Jesuit Order plans to retire in 2008.

Could it have been him that is the unnamed mystery
figure in this stadium drama?

These links below present a story:

you know there is a mormon bookstore near my house called "THE BEEHIVE BOOKSTORE" i kid you not!