The Perverse Ingenuity, and Routine Lawlessness, of Law Enforcers 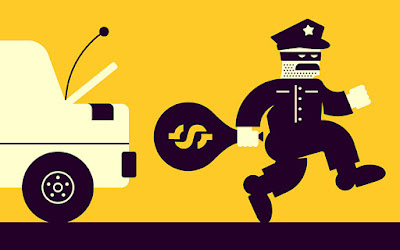 Enforcers of drug prohibition can be perversely ingenious in devising methods to subvert due process guarantees. One tactic widely employed by police officers looking for a way to circumvent the Fourth Amendment is to intimidate a subject into giving the officers permission to invade the rights of others – such as residents of an apartment building, or passengers in an automobile. That ruse has been rebuffed in two recent state Supreme Court rulings.

Police officers in Berlin, Connecticut who conducted a warrantless search of an apartment complex using a drug-detecting dog violated the Fourth Amendment, acknowledged a December 22nd ruling from that state’s highest appellate court.

In May 2012, acting on an anonymous tip, police obtained permission from the owners and managers of an apartment complex to carry out what was called a “canine examination of the common areas of the building.” A drug-detecting dog named Zeusz was deployed in the hallway of each floor of the complex, and allowed to sniff at the bottom of each door. Zeusz displayed what is called a “passive alert” at unit 204, which prompted the officers to obtain a search warrant. This led to the discovery of several marijuana plants.

The Fourth Amendment’s definition of a reasonable search refers to a particular description of “the place to be searched, and the persons or things to be seized”; this language was designed to forbid the kind of general warrants that were commonly used by British military and customs officials in the years immediately prior to the colonial rebellion. By getting the owners of the apartment complex to authorize a warrantless search – waiving the rights of dozens of people to be secure in their individual domiciles -- the Berlin Police behaved less like their British forebears than their antecedents in Communist East Germany.

The trial court threw out the evidence seized in that search as the product of a Fourth Amendment violation. The State of Connecticut appealed the case to the state Supreme Court, which upheld the trial court’s decision. The ruling cited a long string of federal judicial precedents – including a recent ruling in a very similar case from Florida – describing the use of warrantless “canine sniffs” as a violation of common law property rights and the un-enumerated right to personal privacy.

Given that dozens or scores of SWAT raids occur, on average, every day in the American Soyuz, it’s clear that Americans cannot look upon their homes as a refuge from government abuse. They are at even greater risk when exercising their freedom of movement, given the predatory conduct of opportunistic police agencies empowered to seize cash and other property in the name of drug prohibition.

Gerald Cleverly was a passenger in a pickup truck driven by his friend Chris Jones when El Dorado, Kansas Police officer Brent Michael Buckley stopped them for not wearing seat belts. Buckley would later admit that he had executed a pretext stop for the purpose of arranging a “consensual” search of the vehicle and its occupants. Both Jones and Cleverly submitted to a pat-down search – which they were not legally required to do – and nothing was found. 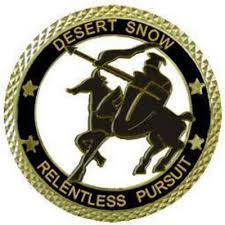 Buckley issued the citation, and then – employing a deceptive tactic taught by police training programs such as Desert Snow – he told the motorist that although he was free to go, the officer wanted to ask “a few more questions” and requested permission to search the truck.

The purpose of what Desert Snow operatives call the “Roadside Conversation” tactic is to elicit potentially incriminating details from drivers who are ignorant of the fact that they have no legal responsibility to tell the officer anything. This also extends the traffic stop beyond its constitutionally permissible limit, allowing the officer to devise an “articulable suspicion” of criminal activity that will supposedly justify a “drug sweep” by a conveniently available K-9 handler. This charade inevitably ends with the dog “alerting” on something “suspicious,” which provides an excuse for a hands-on search of the vehicle.

This script was followed by El Dorado PD officers Buckley and Sam Huming, with the minor adaptation that a K-9 unit wasn’t necessary.

A search of the interior of Jones’s vehicle turned up no evidence of contraband. Since the driver had “consented” on behalf of his passenger, Cleverly was ordered out of the car and subjected to a second pat-down search. He was told that he was not free to leave and forbidden to use his cell phone, which means that he was in police custody, despite the officers’ subsequent claims to the contrary. A search of a cigarette package found a small amount of methamphetamine.

Cleverly was arrested and later found guilty of drug possession and sentenced to eighteen months of probation. The court dismissed a motion to suppress the drug evidence on the grounds that it was produced through a consensual search. The Kansas Supreme Court has now reversed Cleverly’s conviction.

The rights protected by the Fourth Amendment and its state equivalent, wrote the court’s majority, belong to the individual and are “not merely inconvenient technicalities designed to irritate government agents.” Furthermore, “A driver of a vehicle subjected to a traffic stop does not have the authority, as a matter of law, to waive the Fourth Amendment rights of passengers in the stopped vehicle.”

Judicial rulings of this kind, while welcome, have little practical impact on the conduct of police and the prosecutors who eagerly exploit routine police lawlessness. In her June, 2011 UC-Davis Law Review essay “The Police Gamesmanship Dilemma in Criminal Procedure,” Professor Mary D. Fan of the University of Washington School of Law points out that police departments are adept at finding ways to “slide around the rules” and can always develop “tactics that undermine the purpose of rules” established by the judiciary.

It is for this reason that most of the criminal misconduct that occurs on America’s thoroughfares is committed by people engaged in what Fan calls the “competitive enterprise of ferreting out crime” – where “crime” is described as violations of government edicts that have nothing to do with the protection of persons and property.

This week's Freedom Zealot Podcast: Debtor's prisons are illegal, yet ubiquitous in the American soyuz --

Please be sure to visit the Libertarian Institute -- and tell your friends about it.

As a retired member of the Punitive Priesthood, I can confirm you are spot on as usual. Well done Sir.

In the free society or natural law society systems like language and law are discovered. No individual word can be attributed to creation by a particular individual. No single law can be attributed to a particular author or authors. Rather in free societies law is discovered by trial and error such as to comprise that least set of rules which best serve to safeguard individual rights, best serve to prevent conflict, and best serve to quickly resolve conflict. The tiny number of rules in the 10 Commandments dramatize natural law. The Brehon system of Ireland and the Xeer of Somalia likewise come to mind. In the political societies on the other hand, natural law can be said to have been colonized by contending political gangs and gangsters. The Brehon law system was reworked from a private system of equitable dispute resolution into a bureaucratized mechanism of plunder following the English invasion of Ireland in the early 17th century. Under political rule the function of law is inverted: Rather than serving to prevent or mitigate conflict as in the case of natural law, political law, termed 'positivist' law by juridical theorists, acts ceaselessly to incite conflict. One can trace such strategies of political law at least as far back as Plato where in the Alcibiades he speaks to the necessity of creating and preserving enemies both internal and external to the state as an artifice for maintaining the ruler’s political power. In the modern democratico-communist states, prohibitions play the role of conflict inciting strategies. In the USA Prohibition was deployed as the means by which to incite a quasi religious war between rural establishment Protestant Christians and urban immigrant Catholic Christians. The US political class's present drug warfare project similarly acts to make black urban populations appear as an internal enemy against which only the states militarized police can act as defense. Randolph Bourne was certainly right to point out that war is the health of the state. But it is important to understand that war is a permanent structural feature of ALL political control. In Clausewitz words, 'war is politics by other means, politics is war by other means.' Inciting conflict and plundering subjects is the defining characteristic of ALL political control. The wonder is how it has managed to remain so stable a feature of human societies while being ceaselessly violent, predatory, and destructive.

Of course they slime around the laws and lie to citizens and lie under oath in courtrooms. The more arrest and convictions they rack up, the higher they go up the ladder. More pay and that means more their retirement will pay. With those facts in mind, how can any judge allow cops to testify in a court of law. Yea sure there are some cops that have standards and will not lie under oath. But there is no way to know the good from the bad. A parasite can't stand the thought of work that puts dirt under their fingernails.