"Qualified Immunity": What Cops and Slave Overseers Have in Common


Michael Slager, the former North Charleston, South Carolina police officer killed an unarmed man and then attempted to frame the victim, will not be convicted of murder. Nor is he likely to be convicted of the lesser charge of manslaughter.
Slager’s jury deadlocked because a single member of the panel insisted that he could not “in good conscience” vote to convict Slager of criminal homicide. This is not because the facts of the case are in dispute. Slager was captured on video fatally shooting unarmed, 50-year-old Walter Scott in the back as he fled a traffic stop, and then placing a Taser next to his fatally traumatized body.
The critical issue for that juror, apparently, was whether Slager’s state of mind as he committed these acts transmuted them from criminal homicide and obstruction of justice into an exercise of state-conferred authority protected by “qualified immunity.” Specifically: Was the officer acting out of “total fear,” as he claimed, following what he said was a struggle in which Scott attempted to grab his Taser? Or was Slager acting out of “passion” – in this case, anger and outrage over Scott’s refusal to submit? 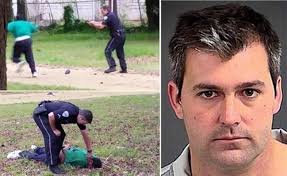 If Slager weren’t a member of the state’s punitive priesthood, these questions wouldn’t matter.  As a police officer, however, Slager enjoys precisely the same privileged status in the exercise of discretionary violence that was once afforded to slave owners and overseers in the antebellum South.
Under what we are required to pretend is the “law,” Slager – like any other police officer – is authorized to detain any citizen who provokes his suspicion, and to obtain that citizen’s submission using whatever increment of force he deems reasonable. From the point of such a seizure, the officer exercises a proprietary claim over the detainee until or unless he decides to release him – and any assertion of self-ownership on the part of the detainee can potentially be punished through summary execution. 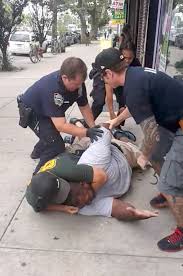 In “The Constitution of Police Violence,” a soon-to-be published article for the UCLA Law Review, Dr. Alice Ristroph of the Seton Hall Law School describes case law regarding law enforcement encounters with citizens as “a blueprint for police violence. It invites officers to interrupt civilians, sometimes with minimal suspicion and sometimes with no suspicion at all. Once interrupted, the citizen must comply with the officer’s requests [which are more accurately described as `demands’] or risk expanding the officer’s authority. Actual or perceived non-compliance rapidly ratchets up the officer’s authorization to use force, and any non-compliance perceived to be dangerous empowers the officer to kill.” (Emphasis added.)

Every police agency in the country teaches its officers a “use of force continuum” that “sets the expectation of escalation,” continues Dr. Ristroph; “after the first resistance, force will escalate until the suspect is subdued or dead.” The resistance in question can be a purely verbal assertion of self-ownership – as in Eric Garner’s exasperated protest about the unwarranted harassment he had experienced, coupled with the declaration, “It stops today!”

As Ristroph observes, defiance of this variety constitutes “the uncodified but very real offense called `contempt of cop.’” A Mundane who refuses to acknowledge the proprietary claim made by the officer who detains him can expect summary punishment of the same kind once visited on slaves by their overseers, and for exactly the same reason. It was exceedingly uncommon for abusive slave “owners” or overseers to be punished. In similar fashion, only in exceptionally egregious cases will a police officer face prosecution for brutalizing a citizen.

One useful illustration of the scope of permissible police violence is seen in the fact that none of the eight Fullerton, California police officers who beat to death an unarmed, helpless, mentally ill man named Kelly Thomas five years ago was ever convicted of a criminal offense. That case also usefully underscores the fact that the slave overseer mindset of police is not a function of racial bias.

Only two of the assailants – Officers Manuel Ramos and Jay Cincinelli – were prosecuted, and they were acquitted. Dr. Steven Karch, an “expert witness” routinely deployed to defend criminal behavior by police, gave a credulous jury an excuse to pretend that the 160-pound Thomas somehow posed a threat to eight police officers, and that rather than being killed by the officers who beat, kicked, tasered, and suffocated him, Kelly just happened to die from the long-deferred consequences of methamphetamine use several years earlier.

As an overture to the beating, Officer Ramos theatrically snapped on latex gloves while taunting the victim: “See these fists? There’re getting ready to f*ck you up.” Cincinelli, who repeatedly clubbed the victim’s face with the butt of his Taser, later gloated that he had “just smashed his face to hell.”

Photographs taken of Kelly while he was in an irreversible coma attest to the thoroughness with which Cincinelli and his comrades carried out their mandate to obtain submission through criminal violence. I suspect that if photography had been available in 1839, similar pictures would exist of a slave woman named Mira who was beaten and scourged to death by a North Carolina resident named Hoover who presumed to claim her as his property. 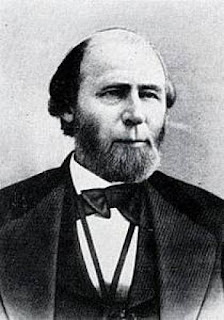 So grotesque was the disfigurement of Mira’s mortal remains that Hoover was indicted for murder and then convicted of that offense by a jury culled from a population that was inured to the routine barbarism typical of chattel slavery.

In the ruling State v. John Mann ten years earlier, North Carolina Supreme Court Justice Thomas Ruffin wrote that “The power of the master must be absolute, to render the submission of the slave perfect.”

A slave is “one doomed in his own person, and his posterity, to live without knowledge, and without the capacity to make anything his own, and to toil that another may reap the fruits,” Ruffin explained, and the slave would accept this only if the master exercised “uncontrolled authority over his body” – without that authority being subject to judicial review. In that 1829 case, a man who had leased a slave named Lydia had shot and wounded her when she tried to escape. The only salient issue for Ruffin was whether someone who had leased the labor of a human claimed as the property of another enjoyed the same legal immunities as the “owner” himself.

Ruffin dealt with similar questions a decade later in North Carolina v. Hoover. The appellant insisted that he had been required to exercise the “rights” explained by Ruffin’s earlier decision with great severity, because Mira “had attempted to burn his barn, and was disobedient and impudent to her mistress.” Hoover also claimed that Mira had attempted to poison his family. The “evidence” for those accusations was a confession extracted from the helpless woman through torture. At the time she was killed, Mira had just delivered a child and was too weak to work.

The trial judge had explained to the jury that they could acquit Hoover, or find him guilty of the lesser charge of manslaughter, if they determined that the victim’s conduct provided “legal provocation” to the killer – which would have included disobeying “the orders of her master.” They could likewise find extenuation on Hoover’s behalf if the killing followed such a provocation so quickly that “his passion had not a reasonable time to cool and subside”; in those circumstances the offense would be manslaughter, rather than murder.

Slave “owners” and overseers, like contemporary cops, were expected to follow a “use of force continuum” in the exercise of power no human being can rightfully wield against another – and on those vanishingly rare occasions that resulted in prosecution, the courts were expected to prioritize leniency.

Ruffin’s ruling in North Carolina v Hoover was unalloyed barbarism lacquered with genteel language. He offered an extravagant apology to the killer as he explained that he could not find sufficient grounds for overturning the conviction – and not for want of effort.
“A master may lawfully punish his slave,” Ruffin declared, “and the degree must, in general, be left to his own judgment and humanity, and cannot be judicially questioned. But the master’s authority is not altogether unlimited. He must not kill. There is, at the least, this restriction upon his power; he must stop short of taking a life.”

The slave’s is a lesser life than that of the person claiming to own him, to be sure, and wherever possible, means will be found to justify the lethal exercise of a slave master’s discretion: “If death unhappily ensue from the master’s chastisement of the slave, inflicted apparently with a good intent, for reformation or example, and with no purpose to take a life, or to put in in jeopardy, the law would doubtless tenderly regard every circumstances, which, judging from the conduct generally of masters toward slaves, might reasonably be supposed to have hurried the party into excess.”

Buried beneath that avalanche of adverbs is a principle now known as “qualified immunity,” which is now invoked to justify the criminal violence of police officers like Michael Slager.

"You can't fight City Hall!" we are told. Guess what? I'm fighting City Hall -- and I explain why in this week's Freedom Zealot Podcast:


Please visit The Libertarian Institute -- you will be glad that you did!

Liberty and tyranny may be summarized as so: Liberty is a demand. Tyranny is submission.

In other words, tyranny, like weeds, takes root where it is not uprooted and burned.

We the people determine the extent and viciousness of tyranny.

An American citizen,not US subject.

things are the way they are because we accept and tolerate the way things are. end the acceptance/tolerance and change will ensue.

it is not rocket science. it is actually quite that simple.

on the other hand, it would require determination and commitment. perhaps that is the problem.

Oh well. We told Jesus a long time ago to leave this country and take His sorry ass moral instructing Bible with Him and this is what we get...the revived Roman Empire. Police assaults coming to a neighborhood in the near future.

Great article Will. I think a very productive avenue of research would be to pursue the theory that the Civil War did not so much mark the end of slavery as it marked the transition from one form of domination to another. The system of mass incarceration was already well under way in the US. Huge penetentiary construction had been around for several decades. Philadelphia's Eastern State Penitentiary was opened in 1829, at the time the largest and most expensive structure in the United States according to Wikipedia. It was also in 1829 that William Peel established the Metropolitan Police. The Civil War marked not the end of slavery, but its transformation and extension. The penetentiary became the model in miniature for the ordering of the whole of society. The police began to patrol neighborhoods at a level of granularity comparable to that of the prison guards in the penetentiary.