"Justice Has No Expiration Date": The Continued Wrongful Imprisonment of Chris Tapp

There were about twenty people gathered in an Idaho Falls courtroom on November 22 for a hearing about Christopher Tapp’s appeal for post-conviction relief. That Tapp is serving a life sentence for a murder he didn’t commit was known by everyone in that room. Two of them, Bonneville County Prosecuting Attorney Daniel Clark and deputy Prosecutor John Dewey, were there in an attempt to convince Judge Alan Stephens that the truth didn’t matter, and that justice must be subordinated to “process.”

Judge Stephens’s proper role, Dewey argued, was to act as a “gatekeeper,” rather than to permit a critical examination of a conviction that an official report commissioned by the prosecutor’s office has now acknowledged is entirely the product of a spurious confession. Nationally accredited experts on police interrogation have likewise concluded that Tapp’s confession was achieved through tactics that were tantamount to psychological torture.
A few weeks ago, Judge Stephens ruled that Tapp’s appeal could proceed because of evidence that the prosecution had withheld videotaped polygraph examinations in which IFPD Detective Stephen Finn manipulated Tapp into a false confession. Finn had convinced Tapp that the polygraph machine was something akin to a comprehensive archive of objective facts about the July 1996 murder of 18-year-old Angie Dodge. Those “facts” comported with whatever theory of the case was in favor with the IFPD at any given time.

The initial theory was that a friend of Tapp’s, a young man named Ben Hobbs who had been arrested in Ely, Nevada for rape, was the murderer. Tapp and another friend named Jeremy Sargis were identified as potential witnesses. Along with Hobbs, each of them gave DNA samples to the police. Sargis was the son of a wealthy and influential family who could afford competent legal representation – which is why he resolutely refused to speak with the police after his DNA sample cleared him as a suspect.
Tapp, a high school dropout, was more pliant. He was interrogated by former IFPD Sergeant Jared Fuhriman, who had become acquainted with Tapp while serving as a school resource officer and DARE instructor. With the calculated, sociopathic opportunism of a child molester, Fuhriman groomed Tapp and relentlessly exploited him, playing on the 20-year-old’s ingenuous trust and assuring him that all the police really wanted was his cooperation in identifying the man who had killed one of his friends.

The original IFPD plan was to set the three friends off against each other. That scheme collapsed after Sargis and Hobbs were both ruled out as suspects by the genetic evidence. Tapp was also cleared. However, because he was willing to talk to the police – a mistake nobody should ever make – he was the one left without a chair when the music stopped.

Because he had regurgitated lies told to him by his police captors, Tapp lost his immunity agreement. His mother, Verna, became alarmed over what was happening and told Chris that he was not to submit to any further interrogation without an attorney being present. When it became known to Fuhriman that the victim of his mental molestation was seeking help from a trusted adult, he arrested Chris on a contrived charge of “harboring a fugitive” – a charge that presumes the existence of a murderer other than Chris.

Tapp was not the suspect that Angie Dodge or her traumatized family deserved, but he was the one the IFPD and the Bonneville Prosecutor’s Office needed. Rather than trying to solve the case by finding the murderer, the police and then-County Attorney Kip Manwaring decided to clear the case with the suspect that they had in custody. Fuhriman and his comrades fed Tapp critical details about the crime, at one point taking him to the crime scene in a visit that was not recorded or memorialized in any way. Then they used the details they had fed to their victim to incriminate him in a crime of which he had no independent knowledge.

The role played by polygraph specialist Finn was critical. Tapp was told that his denials registered deception – which was a lie – and that his self-incriminating statements were truthful – another deliberate lie. Over the course of several coercive polygraph “examinations,” Finn told Tapp that even if he had participated in the assault on Dodge, he could avoid the death penalty if he made a confession. Acting purely out of fear for his life, Tapp provided the IFPD with that confession. In doing so he presented a story that still didn’t comport with the evidence: He didn’t accurately describe the clothing worn by the victim, or the nature of her wounds.

“The appellate public defender had the files of Tapp’s trial attorney, Robert Booker,” Tapp’s current attorney John Thomas recalls in a motion presented on November 22.  “In those files were found two video cassette boxes that contained four (4) Tapp polygraph videos. These four polygraph videos had not been previously identified as being produced.”

Three of the videos documented sessions that were clearly “coercive” in nature. One of them, according to Finn’s sworn testimony, did not exist.

While the videotapes were in the trial attorney’s files, “they had not been `disclosed’” by the prosecution, Thomas contends. “In effect, they were hidden. By negligence or design, their existence was kept secret from the defense.” One of the most damaging of the coercive interrogations, as Thomas demonstrated to me from records he shared during a brief interview in his office, had been artfully mislabeled in order to minimize its importance. 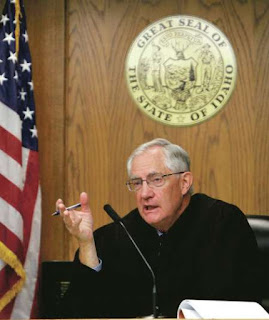 It was after Judge Stephens’s recent ruling in September that Tapp’s appellate attorney, John Thomas, found that videotape in the discovery file. He immediately alerted deputy prosecutor John Dewey regarding what he had found, and cleared time in his schedule so that the two of them could watch it together.

If Thomas had acted with the same ethical indifference that has been displayed by the Bonneville Prosecutor’s Office, he would have concealed his discovery from the prosecution, rather than making a full disclosure of what he had found. In keeping with the abysmal standards of the office that employs him, Dewey capitalized on Thomas’s good faith by accusing him, during the November 22 hearing, of seeking to perpetrate a “fraud on the court” and demanding that Tapp’s appeal be dismissed.

Thomas allowed carefully modulated yet well-earned outrage to color his presentation to Judge Stephens. Addressing the prosecution’s claim that Tapp’s appeal was barred by time limitations, Thomas declared that “Justice does not have an expiration date.”

“An innocent man is sitting in prison,” while the prosecution continues its relentless obstructionism. If the Bonneville County justice system – such as it is – forecloses the possibility that Tapp will receive long-deferred due process, “That will be the day I turn my bar card in, because this court would not deserve my representation,” Thomas defiantly declared.

Sitting next to me during Thomas’s argument was Carol Dodge, the victim’s mother, who has spent the last twenty years diligently investigating that crime. She has become Christopher Tapp’s most effective and impassioned advocate, and a close friend of his long-suffering mother, Verna. In the hallway outside the courtroom prior to the November 22 hearing, Carol and Verna embraced each other as if they were sisters, which, in a sense, they have become: They belong to sorority of mothers whose children have been taken from them through criminal violence – Angie through murder, Christopher through state-licensed kidnapping. 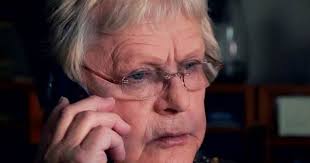 “The prosecution has all the advantages,” Carol whispered to me during Thomas’s presentation, her voice heavy with bitter frustration. “If they have the power to hold an innocent man in prison, do they have the power to breathe life back into my daughter?” she continued, sobbing the final syllables of that anguished inquiry.

Judge Stephens announced that he would be submitting a written ruling at some unspecified time in the future. Meanwhile, Tapp remains a prisoner of the Bonneville County Prosecutor’s arrogant intransigence.

As County Prosecutor Clark departed the courtroom, I noticed that his right arm was in a sling. Gesturing to his injured appendage, I asked Clark if “this happened while you were wrestling with your conscience – and winning.”

Clark’s shoulders slumped, and after an awkward moment he replied that he had hurt himself in a dirt bike accident. That explanation struck me as plausible: I had foolishly assumed that Clark’s conscience would be strong enough to put up much of a fight.


This week's Freedom Zealot Podcast
The privileges enjoyed by a police officer in a confrontation with a citizen are exactly the same as those afforded to slave owners in the antebellum South:

Please pay a visit to The Libertarian Institute. I promise it will be worth your time.

As long as someone sits in prison or dies there, for the murder of Angie Dodge. The case is closed, the murder was solved and the killer was convicted.
I can't help wondering if the serial killer that did kill Angie Dodge and others was a CI for the IFPD. Whom that CI rewarded IFPD with tips so that IFPD cashed in with some real money in forfeiture loot. This is the nagging question that many are asking. Why send innocent people to prison for murders of one man when it's a no brainer the people convicted were not the killer. And whom the killer is, is no secret. There is no question about it, people are covering something up that is very criminal. Being this matter is taking place in Eastern Idaho, there is a bond in that part of Idaho that defies all truth and honesty when that bond needs it to.

Could be a death cult type thing with the government officials. People who refuse to accept that govt employees are mere humans and not susceptible to religious corruption should be the next people who are at the receiving end of their murderous lusts. Ya know what? AG Jeff Sessions won't change a single thing.

> I asked Clark if “this happened while you were wrestling with your conscience – and winning.”

Good for you, Will! These people are scum of the earth, and everyone should let them know they are viewed with disdain.