How To Kill a Law Enforcement Career: Criticize Revenue Farming 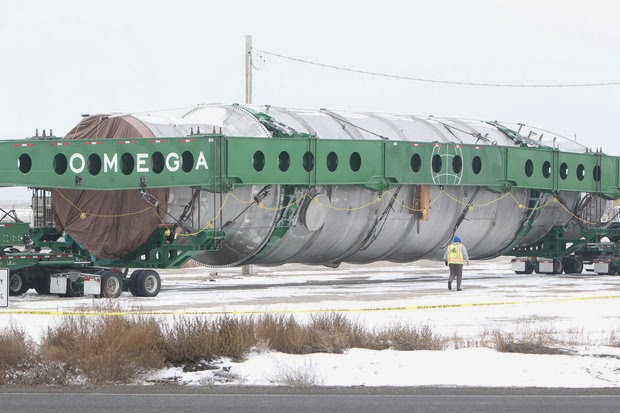 The arrival of a 450-ton, 380-foot-long “megaload” of oil refinery equipment near Marsing, Idaho last Christmas attracted the attention of protesters, spectators, and revenue farmers. A few days later it moved on, leaving in its wake scores of people who had been mulcted by the Owyhee County Sheriff's Office -- and a deputy who had been thrown off the force for publicly criticizing the opportunistic "traffic enforcement" initiative.

The megaload is a huge evaporator being hauled by the Omega Morgan shipping company from Portland, Oregon to Edmonton, Alberta, and will eventually be used to extract oil from tar sands. At various points along the route, the megaload attracted protests by environmental activists who insist that the tar sands project will contribute to catastrophic global warming – a claim that seemed robustly implausible as the megaload's transit experienced several unexpected delays because of severe winter weather. 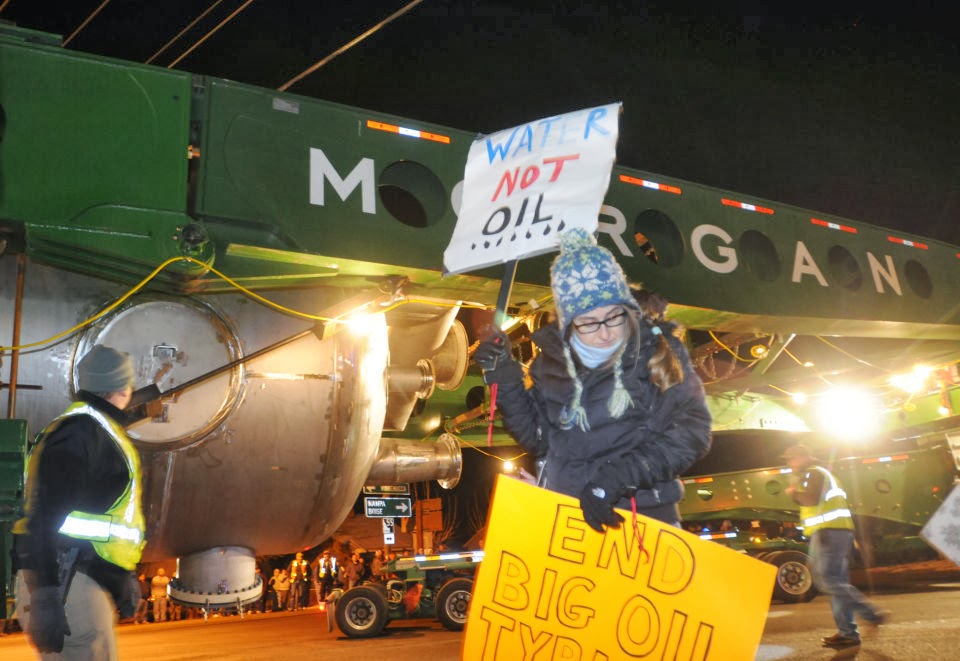 During the megaload’s three-day layover at the ION intersection outside Marsing, few protesters bothered to brave the chill. The football field-sized piece of heavy machinery did prove to be an attraction for quite a few local residents, who pulled over at the side of U.S. 95 to snap photos of the evaporator.

This created a minor potential traffic hazard at the intersection that could have been handled quite easily through some improvised traffic control measures. The Owyhee County Sheriff’s Office chose instead to monetize the attraction by deploying deputies to harvest revenue in the form of traffic citations for “illegal” U-Turns. This was documented by one of their own – a deputy who was forced to resign a few days later for publicly criticizing this cynical exercise in revenue farming.
“I have been listening to my scanner a big part of the day and have been hearing Owyhee County’s Finest stopping people for Idaho Code 49-645, subsection 2 – illegal U-turn over a double yellow,” observed special deputy Don Collingwood in a December 28 post on his Facebook page. “I have also noticed that most of the people have a birth year in the ‘30s and ‘40s. Now, before that megaload showed up, I would see people make U-turns in downtown Marsing -- that has a double yellow line – in front of law enforcement, and nothing was done. Is law enforcement taking advantage of the megaload being at the location to write tickets?” 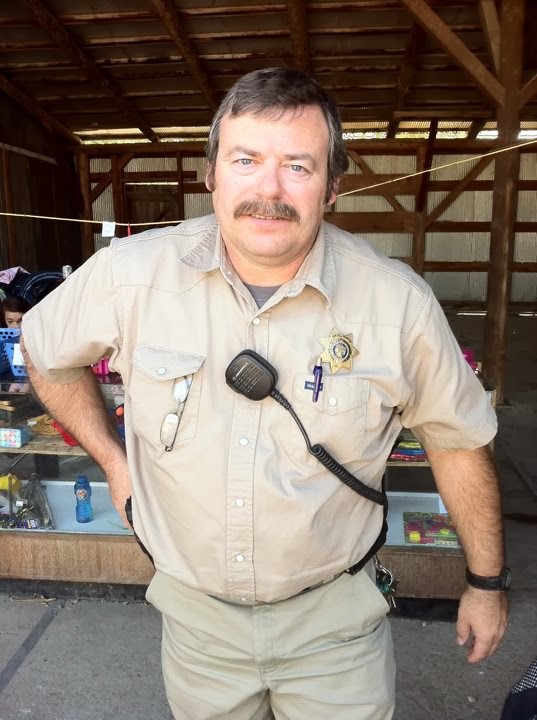 Collingwood (who bears an uncanny resemblance to Ron Swanson from "Parks and Recreation") has spent decades in law enforcement, as a police officer in Homedale and a deputy (as well as special deputy and posse member) with the Owyhee County Sheriff’s Office. Many of his friends from Marsing’s Vision Community Church (full disclosure: I have attended services there) can testify to Collingwood’s zeal for strict application of the law.

“A few days after I wrote that post, Perry [Sheriff Perry Grant] showed up at my home with a piece of paper, and he basically told me that he wanted me to resign,” Collingwood recounted to me during an interview at the church’s office on Main Street in Marsing. “I never saw what was on the paper, but I wrote my own resignation.” Collingwood, who considers the sheriff a friend, explained that he was “clearly upset with me over criticizing the heavy ticketing” being carried out at the intersection where the megaload was parked.
“If they had been consistent in enforcing that statute, they would have been writing tickets here on Main Street,” Collingwood complained. Pointing in the direction of Marsing’s main drag, he recalled that “Just before the megaload showed up I saw somebody out here do an illegal U-turn across a double yellow line literally in front of a deputy, who did nothing.”

It’s important to recognize if the Sheriff’s Office had been more assertive in enforcing the traffic ordinance in downtown Marsing, Collingwood would not have complained about the megaload-centered ticket blitz. Such consistency would have conformed to the Barney Fife standard -- “If my mother made a U-turn, I’d give her a ticket.” Of course, Barney didn’t apply that standard with perfect consistency, either:

It’s tempting to suspect that the megaload ticket onslaught was inspired by one of Deputy Fife’s more dubious traffic enforcement initiatives, “Checkpoint Chickie,” in which he used a newly obtained motorcycle to harass truckers who had to violate an outmoded speed limit in order to deal with an upgrade:

When I contacted Sheriff Perry Grant, he didn’t deny the substance of Collingwood’s complaint, or his recollection of the circumstances surrounding his forced resignation. Sheriff Grant simply insisted, “I am not comfortable discussing personnel issues with you.”
The sheriff didn’t respond when I pointed out that if Collingwood’s version of events was correct, he was terminated for expressing a critical opinion about a dubious use of county resources and inconsistent application of the law – which is a question of public policy, rather than a “personnel matter.” Besides, Collingwood is no longer one of his “personnel,” because he committed an unforgivable offense by siding – albeit in a qualified fashion – with the citizenry, rather than the deputies sent to fleece them.

A version of this essay was originally published in the blog section at LewRockwell.com. This is one of several relatively short pieces I've published there over the past week. If you haven't visited that blog, please do; there are several exceptionally talented people who are regular contributors there, and it is a tremendous honor to be in their company.

There are several projects in the works, including my next book (which will be entitled No Quarter) and what could be a very significant multi-media gig. I'll let you know as things develop.

In the meantime, we still need some help to keep Pro Libertate up and running -- and we're very grateful for your generosity. Thanks, and God bless.

Honor and integrity in the US a fairy tale. Perhaps all the around the world. One cop truly does peace officer role gets fired another cop abuses his authority and gets promoted if not paid vacation. damn it

As long as people continue to believe in the fiction of government as "protector and provider" this will NEVER stop. Ever!

"environmental activists who insist that the tar sands project will contribute to catastrophic global warming – a claim that seemed robustly implausible as the megaload's transit experienced several unexpected delays because of severe winter weather"
While I appreciate what you post, this remark demonstrates that you have NO fucking clue what environmental scientist are saying about the effects of "global warming". Take a minute and educate yourself...