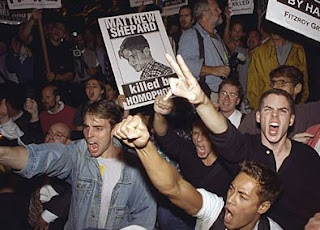 Shortly before dawn on April 30, Steve Nelson was robbed and fatally beaten by three assailants at near Lake Lowell in Canyon County, Idaho. Nelson had contacted Kelly Bryan Schnieder, who has admitted his role in the attack, through the “male escort” section of the “Backpage” social media site.

After they met at Gotts Point trail head, Nelson offered to pay Schneider for sex – not knowing that he was about to fall prey to a “trick-rolling” gang led by a charming specimen named Jayson Woods.  An equal opportunity predator, Woods later admitted to police that “he sets people up for sexual acts, then takes all the money that is `donated’ to them, then divides the money at the end of the night.”

On some evenings Woods had conscripted an unwilling ex-girlfriend to act as the lure. For the gig at Gotts Point, he enlisted Schneider, a convicted burglar who was on probation at the time of the April 30 incident.

Shortly after Schneider made contact with Nelson, he was joined by two others – Daniel Henkel and Kevin Tracy – who helped restrain the victim while Schneider repeatedly slugged him in the face and kicked him with steel-toed boots. Pleading for his life, Nelson surrendered his debit card and gave the assailants his PIN number. After stripping Nelson, they drove off to the nearest ATM, where they vacuumed out his checking account, which gave them a total of $123 to apportion among themselves.

Naked and bleeding, Nelson staggered to a nearby home, knocked on the door, and asked the owner to call 911. He was able to identify Schneider before dying of cardiac arrest a few hours later. 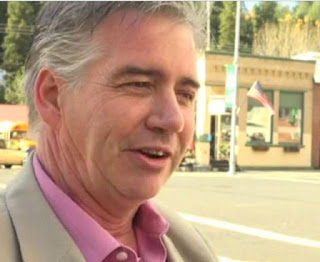 Nelson had been an employee at Boise State University and a gay rights activist. Adriane Bang, director of BSU’s Gender Equity Center, insists that the hideous crime committed against him underscores what she describes as “the reality that our community can be a hostile and sometimes very dangerous place for folks who identify as LBGTQIA.”

It’s important to recognize that Nelson wasn’t randomly attacked in a public street in broad daylight, or victimized in the security of his own home. He placed himself in danger by soliciting sex from a stranger in exchange for money in an isolated location. Activities of this kind shouldn’t be criminalized, but they do involve an assumption of risk.

Ms. Bang also compared the killing at Gotts Point to the 1998 murder of Matthew Shepard in Laramie, Wyoming, a parallel that may be apt in ways she most likely had not intended.
Slight of build and entirely helpless, Shepard was robbed and beaten by two opportunistic criminals he had met in a bar. After being fatally pistol-whipped, the mortally wounded victim was tied to a fencepost.

Shepard was immediately beatified as a “gay martyr” and his name was immortalized in a federal hate-crimes bill. High school students across the nation are catechized in the canonized version of the Matthew Shepard martyrdom by a traveling agit-prop theater troupe called “The Laramie Project” – despite the fact that the crime committed against him had nothing to do with his sexual self-definition.

“The murder was so vicious, the aftermath so sensational, that the story first told to explain it became gospel before anyone could measure it against reality,” observes JoAnn Wypijewski, one of the few journalists who spent time in Laramie trying to winnow the truth from the sensationalistic chaff. “For different purposes, two sets of friends created what became the hate crime story. Without knowing the circumstances of the crime, Shepard’s friends told reporters, officials and gay groups that the victim’s sexuality was all one needed to know. Meanwhile, [murderer Aaron McKinney’s] friends told police various versions of a gay panic story, in which Matthew made advances and Aaron snapped.”

Police investigators and the District Attorney added their own embellishments by claiming, without evidence, that McKinney and his accomplice Russell Henderson “had pretended they were gay to lure Shepard out of the Fireside bar and into a fatal trap.” 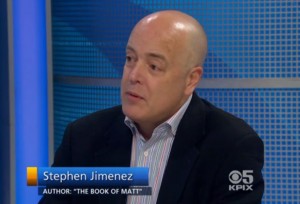 As gay rights activist turned-investigative author Stephen Jimenez documents in his deeply reported volume The Book of Matt, Shepard was the fourth victim who was beaten by McKinney on the day of the murder. None of those crimes had anything to do with the sexual identity of the victims. All of them – including the killing of Matthew Shepard – were related to McKinney’s drug addiction, a fact grudgingly conceded by prosecutor Cal Rerucha in an interview with ABC’s 20/20 program.

McKinney himself would probably be characterized today as “gender-fluid.” The owner of a gay bar in Denver recognized him as a regular patron. Several acquaintances of Shepard who had no reason to lie or denigrate his memory told Jimenez that the victim and his eventual killer had been involved in consensual carnal relations prior to the murder. Shepard himself, Jimenez discovered after years of careful research, was both a meth dealer and an addicted user who had dabbled in heroin, and was HIV-positive at the time he was killed.

Despite his instant and politically convenient beatification, Shepard was not a casualty of an anti-gay “hate crime.” To the extent that public policy played a role in his death the fault was not a lack of punitive strictures for “anti-gay” attitudes, but rather the State’s insistence on criminalizing narcotics use, thereby diverting it into the violent demimonde in which murders of this kind are relatively common.

The only reason for treating the murder of Matthew Shepard as a “hate crime” was the identity of the victim. This is likewise true of the murder of Steven Nelson.
In an op-ed column for the Idaho Statesman, Jordan Brady, a spokes-something-or-the other (I’ve not received adequate guidance regarding the officially mandated pronoun) for a vaporware- grade special interest group calling itself Better Idaho, characterized the robbery-murder of Nelson as an act of “domestic terrorism” that must be treated as a federal hate crime.
“On April 29, Nelson was targeted because he was gay,” contends Brady. This is entirely untrue: He made himself a target by seeking a covert assignation with a stranger who proved to be part of a vicious knot of deranged criminals.

“Unfortunately,” Brady complains, “the suspects in the case are immune from Idaho’s hate crime laws, which currently only protect victims on the basis of race, color, religion, ancestry, or national origin.”

This supposed immunity did not prevent the identification, arrest, and arraignment of the suspects on first-degree murder charges that could result in live imprisonment without the possibility of parole. Laws against murder did not “protect” Nelson from being fatally beaten by criminally minded people who assumed they would elude punishment. Adding another “specially protected class” to the spurious hate crimes law would not have changed either of those outcomes. But this consideration doesn’t matter to collectivists who do not see the purpose of law as protecting individual persons and private property.

Hate crimes laws are important, Brady asserts, because “the victims of hate crimes are entire communities, not just individuals. With the murder of Steven Nelson, it was the LGBTQ community…. [Hate crimes are] acts of terrorism against a community.”

I pause to note that Brady apparently dropped a few letters from the most recent revision of that acronym, which in another context might be construed as a form of “dignitary harm.”
Every violent crime instills terror in a “community” – the family, loved ones, and associates of the victim. A crime of passion, even one inspired by an irrational prejudice, is in some ways less terrifying than one issuing from clinical indifference to the victim.

Like others who pretend that government has a legitimate role in policing individual attitudes, Brady insists that hate crimes laws are necessary because “some people’s minds are still so laced with hate that we [meaning sexual minorities] may not be safe in our own communities.”
No evidence has been produced that the cretins accused of murdering Steven Nelson were animated by anti-gay hatred. If this were prosecuted as a federal hate crime, as “Better Idaho” and similar groups have demanded, any violent crime against any individual identified as a member of a “specially protected class” would qualify for the same treatment.

Liberal Supreme Court Justice Felix Frankfurter correctly observed that "Law is concerned with external behavior and not with the inner life of man." The explicit purpose of hate crimes prosecution is to use state coercion, and the threat thereof, to reform the inner life – not of the offender, but of individuals who compose the non-offending public.

“We recognize we cannot outlaw hate,” concedes Wade Henderson, president of the Leadership Conference on Civil and Human Rights. He immediately proceeded to endorse the idea that law can be used to re-engineer attitudes: “However, laws shape attitudes. And attitudes influence behavior.”

In their book You Can Tell Just By Looking, and 20 Other Myths About LGBT Life and People, authors Michael Bronski, Ann Pellegrini, and Michael Amico present a sensible, if to some people counter-intuitive, condemnation of the hate crimes enforcement regime. Their practical objections begin with the fact that there is no empirical evidence that such laws actual deter crimes against people assigned to “specially protected classes.” Some progressive groups oppose hate crime laws, they point out, because they “are disproportionately used against poor people and people of color,” which illustrates how the “social justice” movement serves the interests of the prison-industrial complex.

The most compelling reason to oppose hate crime laws, however, is the one articulated by Frankfurter decades ago: “[O]ur legal system does not write laws to shape attitudes; it writes them to justly and fairly punish explicit behaviors.” Actually, the system afflicting us does nothing to protect the innocent from criminal violence, or punish crimes against individuals – given that the evil abstraction called the State is listed as the supposed victim in every criminal complaint. What we might call the Frankfurter Objection to hate crime laws underscores the way such laws destroy any remaining connection between the state’s system of prosecution and the worthy pursuit of restitution on behalf of the victim of an actual crime.

Defining motives for the purpose of proving that a defendant committed a crime against persons or property is acceptable as a means of establishing mens rea -- criminal intent. Under the hate crimes model, possession of an alleged motive is itself treated as an actus reus -- or criminal act.

By inquiring into the opinions of the suspect, we are introducing a third element to the offense that is not only extraneous to the American tradition of law and justice, but -- as Frankfurter acknowledged -- incompatible with it. The state arrogates the power to punish the attitude, in addition to the act. This empowers inquisitors and commissars but does nothing to protect the innocent – or vindicate victims of violence.

This week's Freedom Zealot Podcast examines the dangers of running afoul of the Pronoun Police:

can we punish state apparatchiks whose ATTITUDE we don't like? that is a rhetorical question. we all know the answer to that.

question: if a citizen is punished for an 'attitude' some snarky, pencil neck bureaucrat does not like, yet that same citizenry cannot remove apparatchiks with a bad attitude, what system does one live under?