Joshua Jenkins killed thirty-three-year-old Jennifer Chauvin by slamming his vehicle into her sedan at an intersection near AuSable, New York. According to police investigators, Jenkins failed to yield the right-of-way to Chauvin at an intersection.

Chauvin’s children, six-year-old Caleb and three-year-old Riley, had to be extracted from the backseat using the Jaws of Life, but they survived.
Jenkins was entirely at fault for the fatal crash. Under Section 125.10 of New York State law, his actions constituted criminally negligent homicide, a class E felony.  His punishment for killing a mother of two who had just put herself through college was a ticket for running a stop sign.

Under the careful guidance of a strangely solicitous prosecutor, a Clinton County, New York grand jury declined to indict Jenkins, who – as anyone burdened with even a modest awareness of current affairs should have guessed by now – is a police officer.

A ten-year veteran of the New York State Police, Jenkins was on routine patrol on the morning of October 29, 2014 when he negligently ended Chauvin’s life and destroyed her family. He was not responding to an emergency or pursuing a suspect, which means that he cannot invoke exigent circumstances to justify a fatal accident that resulted from his own culpable inattention.

Apart from the trivial citation, and whatever price his conscience might impose on him, Jenkins has suffered nothing: He remains employed as an armed tax-gatherer with Zone 3 of Troop B of the State Police, afflicting people residing in Essex, Franklin, and Hamilton counties.

If the roles had been reversed – if Chauvin had induced an accident in which Jenkins had died – she would almost certainly have faced an immediate criminal indictment, and the victim would have been buried with the familiar Soviet-grade solemnity that attends all police funerals. Simply and entirely because of the professional identity of the perpetrator, however, the special prosecutor Tony Jordan conducted a detailed investigation and made an elaborate presentation to the grand jury.

When a prosecutor is motivated to obtain an indictment, he will present evidence of “probable cause” to a grand jury, which will routinely deliver the intended result. When a police officer faces potential criminal charges, however, prosecutors will often serve double duty as the de facto defense counsel for the accused, presenting both inculpatory and exculpatory arguments in the transparent hope that the grand jury will, in effect, acquit the officer before the case is actually examined in an adversarial proceeding.

At that point, the prosecutor will convene a press conference at which he will emit a handful of insipid platitudes about the need to respect the “process” through which police impunity is sanctified. Washington County District Attorney Tony Jordan, who was appointed special prosecutor in the Jennifer Chauvin case, followed that formula perfectly, reciting all of the appropriate lines on cue and with precisely the right flavor of civic sanctimony.

“A thorough presentation was made, the grand jury was deliberate and involved, and ultimate a [traffic] ticket is the only charge forthcoming,” Jordan told the Plattsburgh Press-Republican as he consummated the ritual of official exoneration.

That announcement came just days after a grand jury in Cleveland produced the same result in case of 12-year-old Tamir Rice, who was gunned down by Officer Timothy Loehmann about a month after Trooper Jenkins killed Jennifer Chauvin.

Rice, who had been seen carrying a plastic replica of a gun, was shot less than two seconds after Loehman and his trainer, Officer Frank Garmback, pulled up in a police cruiser. When Rice’s horrified sister arrived on the scene, the officers cuffed and stuffed her into a police cruiser while allowing the twelve-year-old to bleed to death.

Prosecutor Tim McGinty, who had already ruled that the killing of Rice was “justified,” followed the same game plan that Tony Jordan had employed in arranging the exoneration of Trooper Jenkins: Rather than presenting a case for probable cause, McGinty offered an elaborate defense that focused on the fearful state of Officer Loehman, whose employment history depicts an incorrigible coward who is unsuitable to be entrusted with firearms, let alone the supposed authority of discretionary killing.

McGinty also focused heavily on the now-standard defense that the youngster – who, once again, was carrying a pellet gun in a state where open carry of actual firearms is legal – made a “furtive” movement that exacerbated Loehman’s innate cowardice.

“It is likely that Tamir, whose size made him look much older and who had been warned his pellet gun might get him into trouble that day, either intended to hand it over to the officers or show them it wasn’t a real gun,” McGinty recited during his press conference. This would mean that the child (the appropriate term to describe a 12-year-old) was killed while trying to cooperate. Yet even this merely accentuates the case for killing him, from McGinty’s perspective, since “there was no way for the officers to know that [Rice was trying to cooperate], because they saw the events rapidly unfolding in front of them from a very different perspective.”

The “perspective” to which McGinty referred is that of the proverbial “reasonable” officer – a figure invested with open-ended permission to take a life, and devoid of any responsibility to confront personal risk.

Ron Frashour, a once and future officer with the Portland, Oregon Police Bureau, acted “reasonably” when he fatally shot and unarmed and surrendering Aaron Campbell in the back in January 2010. Campbell, despondent over the death of his brother from heart and renal failure, triggered an urgent 911 call from his girlfriend, who was concerned that he might be suicidal. In keeping with long-established tradition, the police were eager to help the agitated man end his life.

Less than a month after the killing, a grand jury declined to indict Frashour. On December 30, the Oregon Court of Appeals upheld an arbitrator’s decision that Frashour can return to his job in time to celebrate the sixth anniversary of the killing.

In this case, the prosecutor presented lengthy and detailed “expert” testimony by Ken Katsaris of a police union front group called Americans for Efficiency in Law Enforcement. To provide the panel with an excuse to perform as the prosecutor clearly intended them to. Katsaris, a former Florida sheriff, drew from the law enforcement lexicon of self-justification and wove a seamless tapestry of buzzwords.

“Officer Frashour comported with the training that was offered in terms of the reasonableness of his decision and what it was based on,” Katsaris lectured the panel, insistently if less than comprehensibly. “And I concluded that it was reasonable, and objectively [sic], because it is an objective rather than a subjective analysis.”

Yes, Campbell – who had emerged with his hands on his head – was unarmed and had his back turned when Frashour killed him; yes, his own police chief testified that Campbell posed no threat, and Frashour had no legal right to kill him. However, the only “objective” considerations are the subjective impressions of a public official who is granted permission to kill and constantly catechized about the pervasive dangers he supposedly faces, and how his life is incomparably more valuable than those of the public he supposedly serves.

Thus Frashour’s decision to shoot was justified by the perceptions of that officer at that time, in the shoes of that officer, given the totality of circumstances that are presented to him at the moment that he makes that decision,” Katsaris intoned. In fact, the officer was actually peripheral to the decision to use lethal force, since he was “part of the plan but not the planner” – a statement underscoring the wisdom of Voltaire’s advice that people avoid letting the rhyme dictate the reason.
Katsaris is routinely paid handsome sums to perform such glossolalia on behalf of the defense in civil trials emerging from excessive force lawsuits. In this case, a prosecutor retained his services as a defense witness during his own grand jury presentation.

Prosecutorial solicitude of this kind is a gift offered only to police officers and similar privileged members of the punitive class. That practice earned national notoriety in the case of Darren Wilson and Michael Brown, in which a District Attorney notorious for his refusal to investigate police abuse used the grand jury proceeding to try the decedent, rather than the shooter.

Had the circumstances of that shooting been identical except for one detail – the shooter’s occupation – the matter would almost certainly have resulted in a criminal prosecution. It’s quite likely, if not probable, that a citizen Darren Wilson would have been acquitted. Officer Darren Wilson was never seriously at risk of going to trial.

Over the past year, police union-generated media alarmism over the so-called “War on Police” and its kindred “Ferguson Effect” has reached saturation levels. The latter phenomenon supposedly consists of a spike in violent crime on account of the reluctance of police to risk their careers by being “pro-active” in enforcing the law. 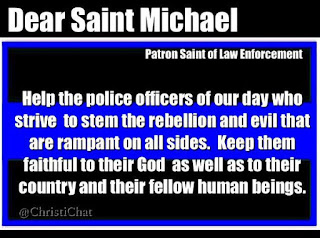 Leaving aside the fact that “pro-active” law enforcement is something no sensible person can support (do firemen aggressively look for fires to extinguish, or do they react when an emergency occurs?), the idea that police have been reduced to petulant paralysis because of public criticism is a telling institutional indictment of the profession. Assuming this to be true, we’re left with the fact that there is no measurable national increase in violent crime.
We shouldn’t expect police apologists to recognize this fact and adjust their opinions accordingly: They are as irrationally invested in the “Ferguson Effect” other collectivists of a slightly different school are attached to the idea of anthropocentric climate change. Perhaps under the authoritarian  administration likely to be enthroned in 2017 we will see prosecutions of people accused of “Ferguson Effect Denial.”
As 2015 expires, the year that supposedly found police under siege ends with fewer on-duty violent officer deaths than the previous year, a greater number of citizens killed by police during the same period, and expanded efforts on the part of prosecutors to preserve police impunity. Taken together, those trends constitute the real “Ferguson Effect.”


This week's Freedom Zealot Podcast: Clarence Moses-El had nearly thirty years stolen from him after being convicted on the basis of what the Salem Witch Trial called "spectral evidence" --

Well done William. I appreciate what you do and stand for. We are in trouble. I have had the same thoughts about the so called Ferguson Effect. Police State propaganda was ramped up in response to that event and the diligent work of good Americans exposing the long list of abuses and attacks on freedom. It was a success. Much of the population has an irrational investment in all things police and in their own enslavement. Two examples I read about this morning: Arizona Republicans want to make it a crime to film police, even in your own home.There is a 20' exception, but you know who will be measuring. The other is a petition in Ohio to have a mandatory life sentence for killing a police K9. I am in awe of propaganda. It is fun to watch how easy it is to manipulate people's emotions and get them to do your bidding, but scary to know where it is all leading. Keep fighting!

By the way, I am a Peace Officer in a small town in MO. The warrior Cops have us outnumbered, but we are changing some of their thinking.

I have been reading your articles on Lew Rockwell for years. I love the way you write. I can just see the expressions on the faces of those bad cops and their cheerleaders when they read your articles. Sometimes I laugh so hard my sides hurt. I always share the articles on FB and endure a little wrath and constructive argument the following day.