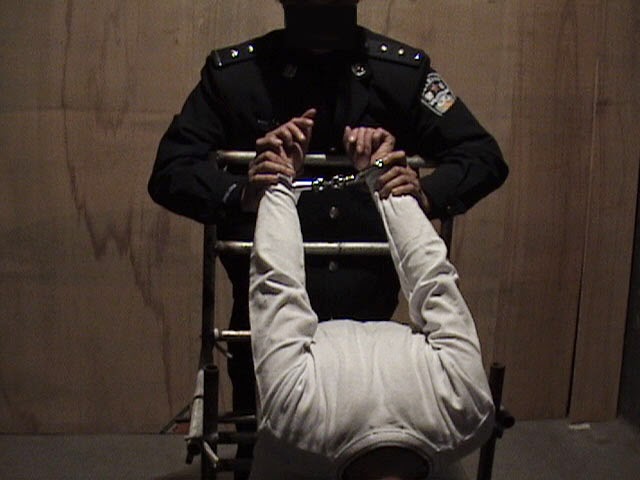 When police dragged Felix Booker, naked and shackled, into the emergency room at the Methodist Medical Center in Oak Ridge, Tennessee, they knew Dr. Michael LaPaglia would set aside his Hippocratic obligation to the patient and act as an agent of the State.

On at least two previous occasions, LaPaglia had performed invasive, non-consensual procedures in order to extract narcotics evidence on behalf of the police. Though he was acting as a deputy interrogator rather than a private physician, narcotics investigators disingenuously insisted that LaPaglia wasn’t subject to Fourth Amendment restrictions because he wasn't a sworn law enforcement officer. 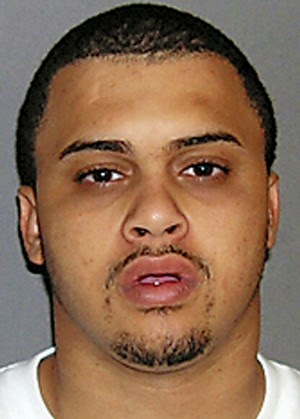 Booker was charged with felony marijuana possession, despite the fact that a search of the vehicle and his clothing turned up only 0.06 grams of the innocuous yet prohibited substance. Under what the State of Tennessee calls the “law,” that amount justified, at most, a misdemeanor citation.

During the traffic stop the arresting officer, Oak Ridge PD K-9 handler Daniel Steakley, claimed to have smelled marijuana and said that he saw “crumpled marijuana” on the floor of the vehicle. No evidence directly linked Booker to the contraband; it could have belonged to his brother William, who was driving the car. Steakley let William go without so much as citing him for an expired registration tag, which was the pretext for the stop.

The decision to arrest Booker clearly wasn't dictated by the evidence, but grew out of Steakley's history with Booker. On a previous occasion he had found a dozen bags of marijuana hidden in Booker's underwear. A pat-down search during the more recent traffic stop found a substantial amount of currency in Booker's pockets, which he claimed was a cash payment for a job pouring concrete.

In his report Steakley claimed that while he was reviewing William Booker's license and registration documents, he could see Felix squirming in the passenger seat as if he were trying to conceal something. That furtive behavior supposedly continued after Booker was taken into custody.

At the Anderson County Jail, Booker was told to strip down in the shower and grab his ankles to facilitate a body cavity search. The officer conducting the inspection said that he saw a small string protruding from the relevant aperture. Still naked, Booker was shackled hand and foot, wrapped in a blanket, and taken to the Emergency Room. Invoking “exigent circumstances,” his captors didn't bother to apply for a search warrant.

Booker's vitals were normal when he was admitted to the hospital. He neither displayed nor complained about symptoms of any kind. He was adamant in refusing permission to conduct what was euphemistically called a DRE. (The “D” stands for “digital”; the “E” for “examination.” No extra points will be awarded to those who guess what “R” signifies.) Dr. LaPaglia told the captive patient that he was required to find and remove any drugs Booker had concealed in his body because of the potential risk to his health. Booker was told that if he didn't submit, he would be given a paralyzing agent and the search would be happen anyway.

“That exam was going to occur with or without his consent,” LaPaglia later testified in court. He also attested that Booker eventually gave his verbal assent to a “digital search.” That claim was strenuously denied by Booker, and wasn't corroborated by any of the nurses or officers who were in the room at the time. The doctor proceeded with the probe, only to be stymied by Booker's instinctive resistance to the violation.

This inspired an utterance by LaPaglia that really should define his medical career: “If an individual does not want you to enter [his] rectum, you are not going to.”

In defiance of the principle – valid in both romantic and medical contexts – that “`no' means `no,'” LaPaglia gave Booker a roofie. That is, he instructed an emergency room nurse to administer a sedative and paralytic agent intravenously. This meant that the victim (at this point, neither “suspect” nor “patient” is a suitable description) had to be intubated to control his breathing during what was now a life-threatening medical procedure.

Booker was paralyzed for about eight minutes, and unconscious for about a half-hour. During that time LaPaglia removed a five-gram “rock” of crack cocaine, which was turned over to Steakley.

Booker was indicted on a charge of cocaine possession with intent to distribute. His defense attorney filed a motion to suppress, contending, correctly, that the initial arrest was unlawful and that the involuntary medical examination -- which, once again, involved a life-threatening procedure – was a mortifying violation of the protections supposedly afforded by the Fourth Amendment.

In August of last year, the U.S. Sixth Circuit Court of Appeals threw out Booker's conviction, ruling that the “un-consented procedure” inflicted on him “shocks the conscience at least as much as the stomach pumping that the Supreme Court long ago held to violate due process.”
The 1952 Supreme Court ruling to which the Sixth Circuit referred, Rochin v. California, resulted from a case in which a doctor – acting on behalf of two sheriff's deputies – delivered an emetic via a feeding tube into the stomach of a suspected drug dealer in order to force him to expel two capsules found to contain morphine. The High Court described the conduct of the officers and the doctor as “too close to the rack and screw to permit of constitutional differentiation.”

It is, or should be, self-evident that since it is unconstitutional to shove a feeding tube down a suspect's throat, the forcible violation of a suspect's antipodal bodily orifice must likewise be impermissible. It should be just as obvious that a doctor who commits an act of that kind is not behaving as a physician, but a police interrogator – a member of Mengele's despicable fraternity, rather than a disciple of Hippocrates.

A patient who arrives in an ER with a rock of crack cocaine lodged in his descending digestive tract does face a potential medical emergency, notes neurosurgeon and historian Dr. Miguel Faria. However, the physician is morally and ethically required to obtain the patient's consent if he is not in immediate danger.

“All the risks should be explained to the patient or his guardian,” Dr. Faria explained to me. “And then informed consent obtained. If the patient is unconscious and there is no family around, then the doctor may proceed on an emergency basis. The point is that the doctor must act in the interest of the patient first; society, the government, and the police come second.”

If the danger to the patient is minimal and if he “refused to give consent,” and the physical “acted solely in the interest of the police” because of the “refusal of the patient,” then “the doctor acted inappropriately and unethically,” continues Dr. Faria. It is never appropriate, at least under the canons of Hippocratic discipline, for a physician to act as a “government agent” in violation of the best interests, and informed decisions, of the patient.

On September 27, LaPaglia was informed that his claim of “qualified immunity” was rejected by the federal court that is now considering a lawsuit filed by his victim. The same news was given to Steakley and two other police officers who took part in the molestation of Felix Booker.

Although the officers continue to draw salaries as members of the State's enforcement caste, LaPaglia is no longer licensed to practice medicine – not because of his treatment of Booker or his conduct in two similar cases, but because of allegations of grievous domestic violence and  narcotics-related offenses.

In September of last year, LaPaglia’s then-girlfriend, Christina Maria Becker, called the police and obtained a protective order against the doctor. A search of LaPaglia’s home revealed the remnants of an extensive marijuana growing operation, in addition to substantial amounts of prescription pills and controlled pharmaceuticals.

In her affidavit, Becker claimed that LaPaglia frequently assaulted her and claimed that “if I ever contacted police for help or reported his drug use [he] would use his powers as a physician to have me committed to a psychiatric facility.”

Lurid accusations of this kind are commonplace in domestic disputes, and often quite difficult to corroborate. LaPaglia’s conduct as a Drug War collaborator lends a certain plausibility to Becker’s claims: Threatening to send an innocent and rational woman to the psychiatric gulag is what we should expect from a “medical professional” willing to adulterate his Hippocratic duty in the service of a totalitarian government policy. 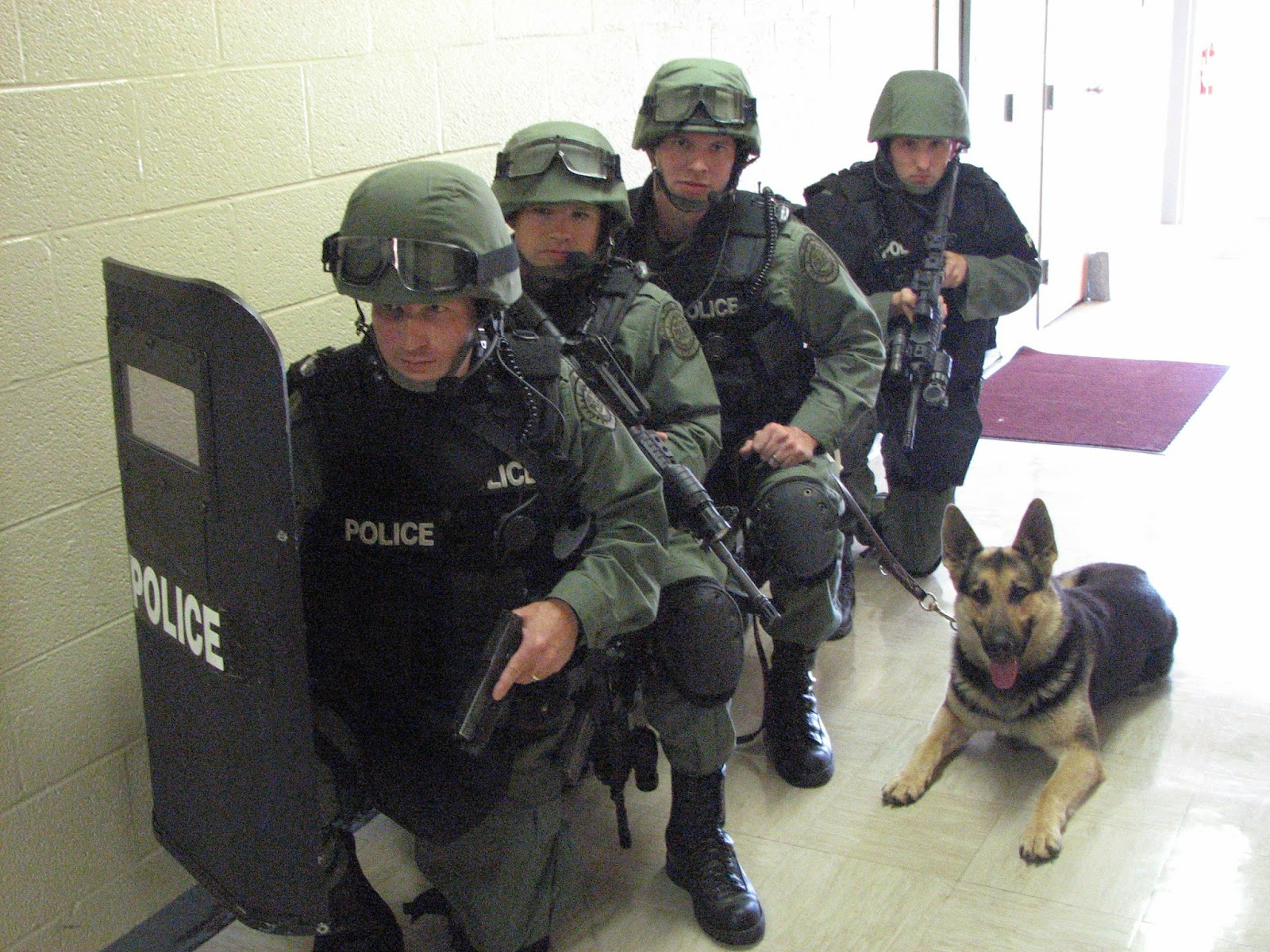 In Deming, New Mexico, doctors carry out DREs and forced colonoscopies on behalf of the police; in Utah, forced catheterization in search of DUI and narcotics evidence is a well-established practice. In several states, “No refusal” DUI checkpoints result in compelled blood draws that are carried out either by police with no legitimate medical credentials, or people who have the credentials but lack the moral character to behave as physicians, rather than instruments of state policy.

Until we stop pretending that the State has a proprietary claim on us, and the corresponding authority to police the content of our bloodstreams, Prohibition will continue to provide career opportunities for medical Quislings of Michael LaPaglia’s ilk.

How incredibly sick so many people have become. I am so glad I retired when I did. Thirty years as a medical professional, fighting Medicare and all the other statist BS was bad enough. I am shamed by all of the so-called professionals who seem hell bent on destroying what little is left of medical ethics.

No person, or group of persons, can legitimately own or control another. Until people can see that truth, the violence and rape by our supposed masters will continue.

The old movie "It's Mad, Mad, Mad, Mad World" comes to mind. Except, at this point, I'd probably add a few "Mad's" to the title.
Amazing how these badged wackos have been granted "extra-legal" (in quotes, cuz ANYTHING the King says is "legal"!) pretexts to violate liberty: "furtive" . . . as determined by these uniformed loons, "smelled marijuana" . . . trained falsification at its finest, "expired registration tags" . . . as if free men would even be burdened with such statist nonsense, "squirming" . . . who wouldn't in the face of these over-empowered sociopaths, ad nauseum!

Nice to see captions under your (most) photos. Thanks.

here's one for you:

another that is evidently made of a 'finer clay' than you and me.

This will only stop when the cops and doctors involved pay a high price for each such violation.

This isn't the only trouble Lapaglia has been in. His license was revoked in NC for inappropriate relations with an underage patient. Before he came to OR Hospital. Im guessing it most likely won't be the last time.