Committing War Crimes is a Duty; Reporting Them is a Felony 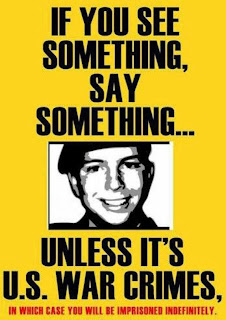 Bradley Manning is the only combat veteran of the Iraq war whose service is worth honoring. Like hundreds of thousands of servicemen, Manning carried out unlawful orders to participate in an illegal war. Unlike any of the rest, he took necessary action to expose discrete criminal acts committed in the larger context of that illegal enterprise.

While serving as an intelligence analyst in Iraq, Manning sometimes felt as if he were “watching nonstop snuff films,” according to a New York magazine profile.  His job consisted of sitting at a work station and evaluating Iraqis as targets. This meant “reducing a human being to a few salient points. Then he made a quick decision based on imperfect information: kill, capture, exploit, source.”

Unlike countless other U.S servicemen who took refuge in the idea that obedience to superiors immunizes criminal behavior, Manning tried to discriminate between “insurgents” and innocent bystanders, only to find that such distinctions do not exist when one is fighting a war of aggression. When he expressed concerns about this to his superiors, Manning was told to choke down such questions and get back to the task of killing people who resented being occupied by a prohibitively stronger foreign power.

In late 2009, Manning told a psychological counselor “about a targeting mission gone bad in Basra” in which an unambiguously innocent bystander was killed. That incident left Manning incapacitated with guilt and remorse. It’s quite likely that it also led Manning to confront the moral reality that every use of lethal force by U.S. personnel in Iraq was an act of murder.

Shortly after speaking with a psychologist about the Basra incident, Manning performed a heroic act in the service of his country and the rule of law by leaking the Iraq war logs and the notorious “Collateral Murder” video documenting the slaughter – by two U.S. Apache helicopter gunships – of twelve innocent civilians. 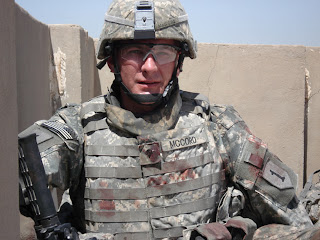 During the recently concluded show trial of Manning, the prosecution insisted that by publicizing the “Collateral Murder” video, the whistleblower had given material aid to the enemy. In fact, he had exposed a criminal policy imposed and carried out by the superior officers to whom he was expected to report such atrocities. Former U.S. Army Specialist Ethan McCord, who can be seen in the video attempting to carry two wounded children to safety – has testified that the crime documented in the video was the product of “standard operating procedure” dictating “360 degree rotational fire” in residential neighborhoods in retaliation for IED attacks on occupation troops.

When Manning became aware of war crimes, he was legally and morally obligated to report them – not just to his superior officers, who were at best aggressively indifferent to them, but to the public from whom those officers derive their supposed authority. Tens of thousands of U.S. soldiers witnessed war crimes, but as far as we presently know, Manning was the only soldier deployed to Iraq who had the character and moral courage necessary to avoid silent complicity in them.

Although Manning was acquitted of the charge of aiding the enemy – which carried a potential sentence of life without parole – he was convicted of 19 criminal counts, including five espionage charges, and could still find himself facing the equivalent of a life sentence. Prior to his trial, Manning was held for nine months in an especially severe form of solitary confinement that involved forced nudity, sleep deprivation, and persistent abuse. His treatment, which constituted torture, won him a reduction off 112 days from the prison sentence he will receive for the supposed offense of exposing officially sanctioned crimes.

If Manning had been a war criminal, rather than an honorable soldier who exposed war crimes, his pre-trial confinement would have led to dismissal of the charges against him – or his sentence being overturned. 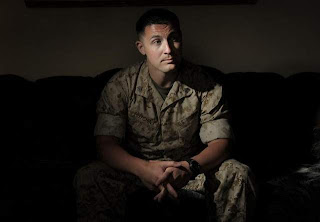 Like Private Manning, Sgt. Lawrence Hutchins served in Iraq. He committed war crimes of the kind Manning helped expose to the public. He led an eight-man squad that kidnapped an innocent Iraqi man from his home, took him to a ditch and shot him in the face. They then planted a gun and a shovel and claimed that the Iraqi, a retired police officer, was a suspected insurgent.

Hutchins was sentenced to 11 years for murder. A military appeals court has overturned that conviction, claiming that his rights were violated when he was unlawfully detained without a lawyer for seven days. Hutchins was released after serving roughly five and a half years in prison. Manning has already spent more than three years behind bars. His father described the convicted murderer as a “scapegoat,” insisting that he “was unfortunately in the wrong place at the wrong time.”

The same was true of every other U.S. soldier who took part in the occupation of Iraq, including Private Manning. The difference was that Hutchins faithfully carried out orders to murder Iraqis, and Manning understood that the government that employed him is not exempt from the moral law.

Sgt. Ray Girouard is another war criminal who was granted leniency by the government that had employed him. Like Hutchins, Girouard commanded a combat unit that committed an atrocity – in this case, the murder of three handcuffed Iraqi detainees. Like Hutchins, Girouard was convicted on the testimony of his comrades, all of whom were given lighter sentences in exchange for testifying against their squad leader. And like Hutchins, Girouard claims that he is a “scapegoat” who carried out orders and then covered up for his men “out of loyalty” when they “messed up.” 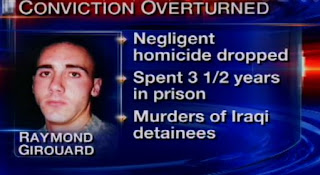 Girouard commanded a May 9, 2006 mission in which he was ordered to “kill all military-age males” in an area described as a terrorist training camp. His unit dragged three men out of a house, zip-tied their hands, and called for a chopper. Girouard claims that when he left the house, “I [heard] this volley of gunfire…. I run back and see these three bodies lying on the ground with their blindfolds half-off. My guys are shouting, `They tried to escape. We shot them. They were terrorists. They were going to come back and kill us.’”

It should be acknowledged that attempting to kill foreign invaders who have occupied your country is not an act of terrorism. It’s also worth underscoring the fact that this account, if taken at face value, marked the soldiers under Girouard’s command as incurable cowards. Their behavior is eerily reminiscent of the conduct of police officers who lose bladder control and gun down unarmed citizens who are seen as a threat to “officer safety.” This isn’t surprising, given that the crime in Iraq was carried out by another branch of the Regime’s fraternity of armed bullies.

According to Girouard, he covered up the killings by filing a false official report claiming that the victims had attacked his men. That would make him an accessory to murder. However, the soldiers who carried out the murders later testified that they had done so under Girouard’s orders. One of them, Specialist Juston Graber, claimed that he had “finished off” a wounded detainee after being explicitly ordered to do so by Girouard.

After being found guilty of negligent homicide, Girouard was given a ten-year prison sentence. He spent three years in Ft. Leavenworth before his conviction was overturned and he was given a “general discharge under honorable conditions.”

“It’s such a blessing,” exulted Girouard after returning to his home in Sweetwater, Tennessee. “I get all my benefits and everything now.”

Such leniency is reserved for those who are faithful in carrying out imperial crimes. From the perspective of those who control the Regime, committing war crimes is a duty, but reporting them is a felony.

And we wonder why those little demons are convincing a lot of vets to kill themselves.

one cannot escape his conscience but for so long.

Dear Mr. Grigg,
It always hurts when I visit your site.
Too many ugly truths.
Best wishes

Thanks for the well written article. I wish more folks read this and understood the duty to report war crimes.

My wife offered the opinion (which I share) that Manning, in spite of the horrific treatment he has received, is still much better off than the many service members that end up committing suicide as a result of witnessing or committing these atrocities.

Without judgment as to the ethics of his actions, the guts that it took to expose various elements of an unjust war, must have been a tremendous psychological burden on him. Do I forbear my own ethos or face potential charges of treason. I often time have argued that our current form of military service is conducted under a contract of involuntary servitude, thereby unconstitutional under the Section 1, of the XIII Amendment. Additional support for Citizens Militias being necessary for the security of a free nation.

This is just one article i bet theirs alot more to come from yenem,aghanistan,pakistan, etc. I wish americans youth read articles rather than play video games...