The "Tax Mahal": A Shrine to Corporate Socialism 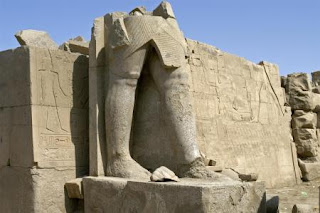 According to architect Jonathan Levi,
the renovation of the IRS regional headquarters in Andover, Massachusetts
is a "visionary" project that "will be relevant 50 years from now."
This is true  in exactly the same sense that the Soviet-era monuments that still disfigure the Russian countryside remain relevant reminders of that omnivorous state.
Our descendants would be exceptionally fortunate if the Andover IRS "service center" were among the institutional tombstones marking the demise of history's most profligate kleptocracy.

This morning's headlines bring fresh evidence that the Regime may implode far sooner than many expect: The Federal Government's debt will exceed the gross domestic product no later than 2012, a development that will most likely initiate a "debt super cycle" in which we will experience both hyperinflation and extortionate interest rates.
Like their antecedents in the Gorbachev-era Communist Party of the Soviet Union, the American nomenklatura is preparing for the impending implosion by siphoning away whatever wealth they can find. This is why maintaining and enhancing the State's instruments of coercion and wealth extraction is the Regime's most urgent priority.
The $92 million "stimulus" -funded expansion and renovation of the Andover IRS "service center" is a tangible illustration of that fact. But as with so many other things, it's the backstory here that is most significant.

Until two years ago, the IRS planned to shut down the Andover outpost no later than 2009. At the time, the facility -- which processed paper tax returns -- was already obsolete, since a majority of tax victims now fill out and file those documents on-line. This development -- which had been anticipated since 2002 -- would have left roughly 1,400 tax-subsidized chair-moisteners without employment.

It's quite common for private businesses to undergo workforce reductions as a result of changing technology and market demands. For example, just last week Hewlett-Packard announced that it would be shedding 9,000 jobs as a result of what it described as "consolidation" and "streamlining" of its operations.


Despite the best efforts by the IRS to mimic the behavior of productive people -- calling those it plunders "customers," for instance, a term that applies to tax victims in the same way the word "lover" could be used to describe a victim of prison rape, and for exactly the same reason -- the IRS is, unalterably, a government entity.

Since it doesn't conduct "business," it cannot go out of business, and its employees receive special solicitude from the political class.

In April 2008, six New England Congressbeings, led by Massachusetts Rep. Niki Tsongas, began to pressure IRS commissar Douglas Shulman and the Treasury Department to find some way to keep the 1,400 surplus cubicle-dwellers on the public payroll. The pressure campaign grew increasingly shrill and insistent as the June 30, 2009 deadline for closing down the Andover office drew closer.

Beginning in early 2009, many of the Andover functionaries were given sinecures distributing "stimulus" checks to other appendages of the Leviathan. But this simply wasn't enough to keep the trough filled. Displaying a certain depraved creativity, Rep. Tsongas and her comrades suggested that IRS employees be given another make-"work" position courtesy of the Troubled Asset Relief Program (TARP), the corporate socialist centerpiece of the October Revolution of 2008.


Tsongas and her crew fired off a letter to TARP Special Inspector General Neil M. Barofsky urging him to guarantee a "preference" for Andover IRS employees in handing out pork-barrel positions. This is because, as every dutiful collectivist will tell you, prosperity is a product of government control over the economy.

"The creation and preservation of jobs within the federal government are paramount toward rebuilding and strengthening America's economy," insisted Tsongas and her colleagues. "Keeping America's workforce working is key to rebuilding our broken economy." (Emphasis added.)


Note well that "America's workforce" as defined in that letter consists entirely of people in the tax-consuming class, rather than the wealth-producing sector. Note also that keeping the parasites firmly attached to the dying host is of "paramount" concern.

All of these efforts to save IRS jobs in Andover are delaying actions intended to keep the payroll swollen with tax-engorged apparatchiks until the Tax Mahal is complete.

The IRS was permitted to keep $92 million in confiscated wealth -- an amount designated as "stimulus" funds -- to expand and "modernize" its Andover "campus." Supposedly justified in the name of reducing the regional office's "carbon footprint," the funding is actually being used to pimp out the facility in Cadillac fashion.

Among the new appointments and appurtenances, reports the Boston Herald, will be a reflecting pool, an art gallery, indoor gardens, a 7,000-square-foot cafeteria and an ampitheater.” The objective, explains architect Jonathan Levi, is to turn the IRS facility into “a comfortable, collaborative environment. It will be welcoming for the people who use it.”

The "comforts," of course, are for the benefits of the government-employed predators who will staff the office. Visitors who find themselves on the receiving end of the IRS’s malign attentions won’t find any consolation in the extravagant appointments and ornamental touches.

This is how the Regime ruling us defines economic "recovery":

Two years ago, that building was scheduled to be shut down, with a corresponding reduction in the wealth-devouring population. Now it's being expensively renovated, and plans are being finalized to expand the ranks of tax-gatherers and paper-polluters stationed therein.


On April 1 -- the symbolic birthday of anyone who still believes that government is in any sense compatible with civilized living -- Tsongas and 14 other Congressional figures ("representatives" doesn't work)  from Massachusetts and New Hampshire sent another letter to IRS commissar Shulman urging him to exploit "this state-of-the-art resource by expanding the number of employees at the facility." Not surprisingly, one specific personnel recommendation was to expand the number of auditors stationed in Andover.


Boston Herald columnist Howie Carr, who enjoys goading gangsters in both the private and public sectors, points out that "last year, 626 streetlights were turned off" in Andover "because the town couldn't afford them anymore."


"Billions are sucked out of what remains of the economy's productive sector to pay ever-more-outrageous salaries and benefits to politically correct layabouts who spend all day e-mailing one [another] and sharpening pencils, assuming they show up at all," observed Carr. "Meanwhile, on Main Street, every week you drive by more empty storefronts, not to mention shuttered factories or car dealerships, and further out of town, dying or abandoned malls."


While contemplating the exertions undertaken by the political class infesting New England to save 1,400 IRS jobs, I was reminded of Bill Clinton's April 1993 "Timber Summit" in Portland, Oregon.


The advertised purpose of that event was to draw together "stakeholders" in the Pacific Northwest to devise a federal management plan that would expand endangered species protection for the spotted owl, while inflicting no "net job loss" for the region.

The substantive purpose of that event, of course, was to offer patently insincere gestures of  comfort to the hundreds of thousands of families in the Northwest whose livelihoods were about to be destroyed by a land lockup program that had already been finished behind the scenes.


Screwing his face into what would become a nauseatingly familiar simulacrum of sympathy, Clinton told the audience at the Timber Summit that although he would try to save their jobs, "I can't repeal the laws of change." Those purported "laws" dictated that millions of acres be locked up by Washington, leaving entire towns destitute and reducing their residents to dependency on federal welfare.

This wasn't the ineluctable outcome of impersonal historical forces, or a product of market demand; it was a result of deliberate choices imposed on millions of productive Americans by the Regime that presumes to rule them.

On the other hand, the trends that would have resulted in the closure of the IRS's Andover office reflected natural, organic change, at least in terms of the relevant technology. Yet the same government that ravaged the Northwest's timber industry has spared no expense or effort to spare the paychecks of 1,400 tax-consumers on the IRS's payroll.

Immunizing the wealth-devouring population from the "laws of change" is just one element of the Regime's full-spectrum lawlessness. It is devoutly to be wished that our descendants will be both wiser and freer than we have been, and will transmit to their heirs the dismal lessons they have learned as they sift through the rubble of the state that presently afflicts us.

Tune in for Pro Libertate Radio each Saturday evening from 8:00-11:00 Mountain Time on the Liberty News Radio Network.

For those who missed last week's installment, here's a link to the archives.

You build the Taj Mahal, and your friendly neighbours to the North will build the reflecting pool.

We're building a fake lake in Toronto for the upcoming G8/G20 summits, generously paid for by the taxpayers of Canada.

I forget where, except it was a customs check point to Canada that had something like two visitors a year and was going to be closed. The stimulus then built it into something needed in El Paso,Texas that can handle thousands of entrants but at least one state senator was happy and the couple of people that take their vacation in Canada through it will be impressed.

Bobert
The crossing was "Morses Line Crossing" in Franklin, VT. At the last minute intervention, on the part of Sen. Pat Leahy, prevented the crossing from being upgraded and it will soon be closed.It would have required the seizing of acreage from a dairy farm family and seeing old Phat Paristical Pat is up for reelection, at a time when the people are pissed, he figured it was in his best interest to come to the defense of this poor farm family. We all know Pat's new found love for private property is but a fleeting election year love affair rank with political opportunism.
Frankly closing the border probably would not be a bad thing - my wife and I had a good old fashioned East German style car search replete with German Shepherds- when we made the foolish mistake of passing through this past spring.

It never ceases to amaze me how these pieces of shit spare no expense when it come to their own comforts. But as my old man always used to say when some Kongress critter would get on the airwaves and talk about some new pogrom they were going to fund " always with our money, always with our money".
The US has become literally a laughing stock.

"The crossing was "Morses Line Crossing" in Franklin, VT." Thank you. I read the first article on Yahoo news and no more articles followed, so I assumed it went through. Thanks for letting me know that common sense prevailed, for whatever reason.

Well, who is the biggest employer in the nation? Doesn't take a rocket scientist to figure that one out. These people are so bent you'd have to screw them into the ground to bury them.

Kleptocrats, oligarchs and plutocrats all.

Death to the American State.

MoT,
"These people are so bent you'd have to screw them into the ground to bury them."

Fine, my friend, but let's just get 'em buried no matter how arduous the task. Unlike the State's minions, we of the human genera can devise ingenuious methods to facilitate the process.

Have any of the "geniuses" at the HQ of Leviathan's extortion arm thought about the fact that this ornate shrine to bureaucracy, fraud, waste, and abuse serves no purpose other than to draw a nice, glittering bullseye target for the next Joe Stack (not to say that I hope Joe's act will be repeated, but if it is, it will be by someone who learned from Joe's mistakes and won't repeat them)?