Single-Serving Pre-emptive War: If George W. Bush is Right, How Can Ivan Oliver Be Wrong? 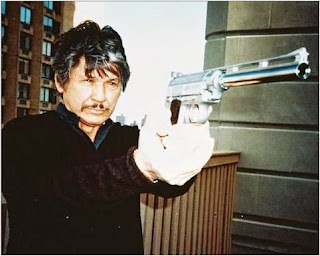 Assuming that he committed the act for which he's been arrested, Ivan Garcia Oliver shouldn't be prosecuted as a murderer. Instead, he should be commended for his diligent application of the principle of pre-emptive warfare that is the moral foundation of the Homeland Security Regime now ruling us.

Oh, sure, Oliver may have been wrong in suspecting that the man he allegedly killed, 67-year-old paroled rapist Michael A. Dodele, was plotting to seduce and molest neighborhood children. But this is simply a matter of inconsequential detail, since we know that Dodele was a sex offender: His name was listed on the official government database, after all, and people like that can never change.

And, yes, Dodele's victim wasn't a child, but rather a 37-year-old adult. But some time ago, before Dodele moved into the neighborhood, Oliver's son was molested, and that changed everything.

So whose side are you on, anyway – are you with the children, or with the rapists?

Clearly, it was just a matter of time before Dodele attacked Oliver's children. Dodele's presence in the neighborhood constituted a grave and gathering threat to every child living therein. Oliver wasn't going to wait until the threat had fully materialized; instead of letting the rapist take the initiative, he took the battle to where the offender lived. 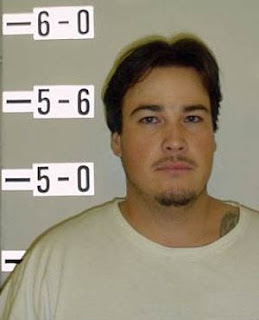 “I felt that by not taking evasive action as a father in the right direction, I might as well have taken my child to some swamp filled with alligators and had them tear him to pieces,” Oliver explained to the Los Angeles Times. Although he did not explicitly admit to killing Dodele, Oliver told the paper that “any father in my position, with moral, home, family values, wouldn't have done any different.”

It turns out, of course, that Dodele's offense did not involve a sexual assault on children. But this doesn't mean that Oliver was wrong, naturally.

As Sean Hannity might put the question: Is the neighborhood a better place now that Dodele is gone – yes, or no?

Oliver's intentions were entirely sound, but he got the details wrong. The database had listed Dodele's offenses as “rape by force” and “oral copulation with a person under 14 or by force” (emphasis added).

Apparently, his intelligence was faulty. But this was what was published for the world to see on the Internet, and any rational person, particularly if he were the parent of a molested child, would reach the same conclusions, and suspect that in the 35 days Dodele lived in the neighborhood he was plotting against the innocent children living therein.

So if Oliver was wrong in his suspicions – and who's to say he wasn't right? -- and he killed Dodele without immediate cause, what he did was still a valuable service to the neighborhood: He was doing the job the other fathers wouldn't do. At the very least, he was a “hero in error.”

Sometimes the genuine evil that government does can be appreciated only if we examine it in miniature. That's the logic behind Stalin's cynical maxim that one death is a tragedy, and one million deaths is a statistic. Contemplating carnage on a Stalinesque scale tends to depersonalize the matter. However, examining a specific case involving particular people can provide useful moral clarity.

By allegedly murdering Michael Dodele, Ivan Oliver did exactly the same kind of thing George W. Bush claims to have done in using his office to wage war against Iraq: Both cases supposedly involve lethal pre-emptive action against a known offender.

Yet Oliver, if convicted of the crime, faces the death penalty, while the Bushling won a second term and now faces the prospect of a peaceful, privileged retirement.

There are moral distinctions between these cases, all of which fall in Oliver's favor:

*Oliver reportedly killed only one man; Bush has ordered and presided over the death of tens, or hundreds, of thousands of men, women, and children.

*Although his alleged actions are entirely indefensible, Oliver was acting in what he believed to be the defense of his own flesh and blood from what he considered a threat located next door; Saddam, on the other hand, ruled a small, distant, fourth-rank regime that posed no conceivable threat to the United States.

*When Oliver apparently decided that Dodele had to be killed, he performed the deed himself, rather than implicating hundreds of thousands of others in his crime.

Some commentators have pointed out that this case illustrates one of the many problems with Megan's Law. This wasn't the first time a registered sex offender has fallen victim to pre-emptive murder, and I won't be at all surprised if it doesn't turn out to be the last.

Sex offenders are uniquely despised, which is entirely proper. But thanks to the depraved ingenuity of many prosecutors, it takes very little for someone who has not committed a crime against other people (let alone an offense involving the exploitation of a child) to be manipulated into a plea deal that leaves him a registered sex offender for life. 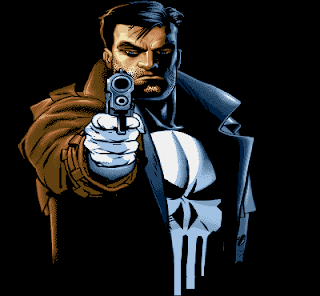 As the father of five small children, I have no desire to minimize the concerns that apparently inspired the murder of Michael Dodele. I am already on record describing exactly what I would do to anyone who threatened or harmed any of my children.
But I also recognize that I have no moral authority to go prowling through my neighborhood in search of monsters to destroy. The desire to protect my children does not grant me a license to commit pre-emptive murder.

Being elected president apparently would.

Excellent post. Best line is the paraphrase from Sean Hannity, "Is the neighborhood better off now that the rapist is gone — yes or no?"

one thing i've learned, and really learned it today talking to a state department guy....debating morality with a moral relativist is impossible. the issue was torture. he argued that in times of war it's ok, but not in times of peace. i argued it was wrong in both cases, and that the constitution forbade it on both counts. i then argued would it be ok for local law enforcement to waterboard those who did not talk or cough up evidence. he replied no, however, law enforcement does go to the edge of torture and sometimes crosses the line. (i could not disgree with that). i argued that torture (ie: waterboarding) will yield any response. i then replied if it's not torture, then it must be ok, then. after all, if it's not torture anymore , then any technique is permissible. he disagreed. it went on and on and i stopped and said, i see that regardless of the constitution condemning torture, me trying to convince you that it's wrong in all cases is a losing argument.

man. you cannot reason with a moral relativist. it's like evil is ok in this instance, but bad in that instance....as if the cloak of govt washes the sins away. i thought proving a negative was bad, but that argument blew my mind. "woe to those who call evil good and good evil". thank God for a renewed mind. take care and keep the faith.

Don't feel so bad. I used to work in an office where the guys I'd hung around for years would spout off about "nukin' em till they glowed" and never batted an eye when I commented that if it's ok for us to kill innocents abroad then we shouldn't complain when the same is done here. Seems that some meat-bags, and I won't call them human, just accept that sort of evil.

So murder is okay? Ya All should read the bible! Do any of you have all the facts...I think not. Let's see "judge not" hmmmm. Murder is the unforgiveable sin before the lord. Dodele did not committ murder and had paid his debt to society for his crimes....Oliver can never recover from his. What will his kids have to tell others at school, my Dad made a mistake and killed someone? Not to mention how many kids Oliver could have caused disease and sickness by dumping toxic waste? How about the fact he had already attacked others. This is not the example of a moral, protective father, yet an excuse to act out his own hostilities on others. He should spend the rest of his life in prison. Of course 3 strikes out law should apply to him. he is clearly a career criminal and a danger to society, more than the old man was.....